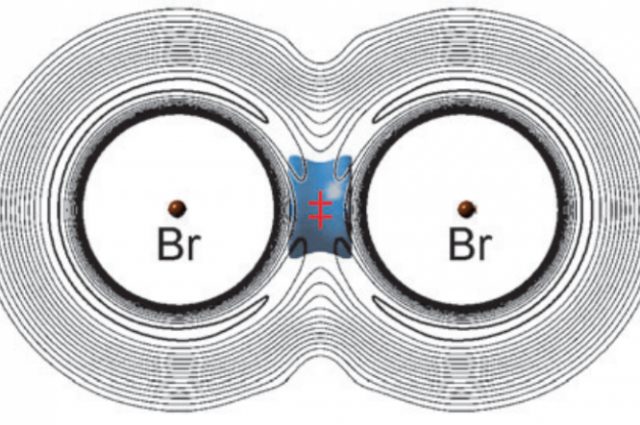 As a Chemistry student you must be aware of a number of chemical bonds including: van der Waals, covalent, ionic and hydrogen bonds. However, a new research has revealed the presence of another type known as vibrational bonding. It’s not an entirely new concept since it had been suggested more than three decades ago. Only now there is sufficient evidence that proves its existence. Thanks to the recent study of exotic isotopomers that is rather unusal in light of traditional chemical explanation.

We are used to defining elements by the proton numbers in the nucleus as the neutrons vary in each atom. It’s these variations that we know as isotopes. The difference in the mass of an atom affects a variety of things, bonding being one of them. There is a number of elements that have naturally occurring isotopes but there are other exotic variants that can be especially modeled in a laboratory.

Muonium is considered to be one such exotic atom that has an antimuon nucleus around which just one electron orbits only to make it lighter than protium, an isotope of hydrogen. This exotic atom was observed during the first experiment of vibrational bonding in 1989. With the increase in temperature, the reactions between bromine and muonium continued to decrease. This is a bit of an anomaly, to be fair. It didn’t function this way even when muonium was reacted with fluorine and chlorine.

The researchers tried their hand at explaining the rather unusual relationship between bromine and mionium during vibrational bonding. Each of the three naturally occurring isotopes of hydrogen, Muonium and a heavy hydrogen isotope were made to react with bromine for this purpose. The researchers observed that with muonium resting between bromine atoms, strong vibrations form a BrMuBr structure. The sheer force leads to the decrease in total energy and the reaction time despite the increase in temperature. Researchers hope that this study would pave way for further investigations with other elements.

Dark Matter Hunters Are Looking Inside Rocks for New Clues

GizmoCrazed - January 13, 2019 0
In nearly two dozen underground laboratories scattered all over the earth, using vats of liquid or blocks of metal and semiconductors, scientists are looking...

Apollo 11: Mission Out of Control