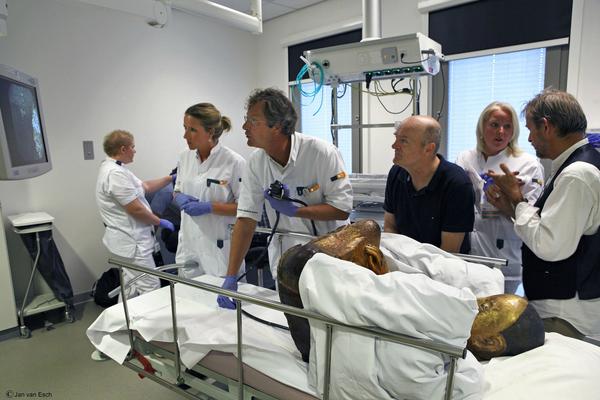 Meander Medical Center based in the Netherlands decided to test an almost 1000-year old statue in a CT scanner. Interestingly, the results revealed that the age old stature consisted of mummified leftovers of a man. They further expressed their take on the entire process of mummification.

Researchers are of the view that the body contained within the statue is that of Liuquan, a Buddhist master who lived in 1100AD. Don’t be fooled into thinking it is Gautama Buddha himself since the statue lacks those typical features.

The team even took samples of remains from abdominal cavity and thoracic cavity. Regions that once contained organs had paper scraps with old Chinese characters printed on them. It remains a mystery as to what purpose they served during the entire mummification process.

If rumours are to be believed, Liuquan practiced self-mummification which involved a mix of consuming embalming fluid and poisonous herbs to prevent one from decaying upon death. Like all rumours, this does not have any solid evidence to back it up.

The study only took place after the statue was showcased in an exhibition at the Drents Museum. It is interesting to note that this marks the first time that a Buddhist mummy has left China and certainly the first time that a scientific research has been conducted on one in a Western country.

For all those interested, the Buddhist statue is now on display at the Hungarian Natural History Museum.