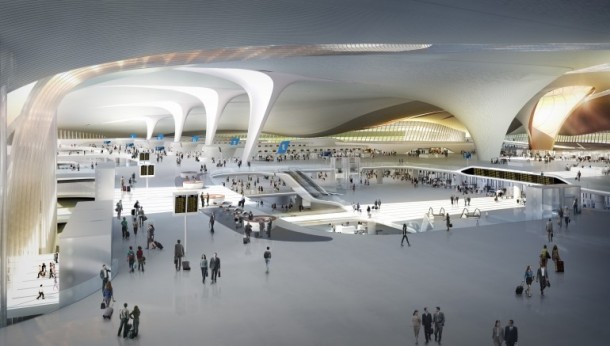 The latest images by Zaha Hadid Architects display the design of the soon-to-be the largest airport passenger terminal in Beijing, China. ADP Ingenierie (ADPI) has collaborated to help design the new terminal building that can now accommodate 45 million passengers each year. That is one heck of an achievement, folks.

Beijing New Airport Headquarters were responsible for the creation of  a Joint Design Team after the 2011 International competition bid that brought together Zaha Hadid Architects and ADPI alongside Mott McDonald, EC Harris and Buro Happold who were the members of the competition consortium group. The group worked on the concept design, tirelessly. 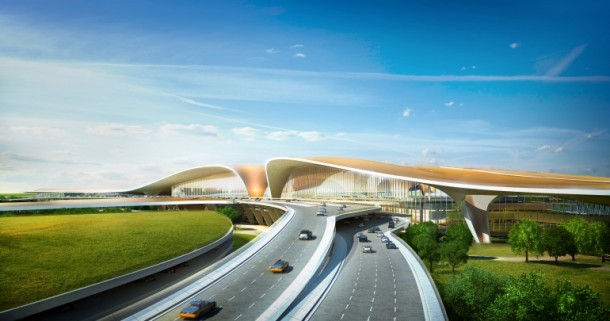 Beijing Airport may be massive but given the rate at which population is growing, the planned limit falls short of the requirements. The planned terminal is not only sustainable but adaptable in many ways. A multi-modal transport center will have direct links to national and local rail services. The various configurations will rely on passenger traffic as well as aircrafts awaiting signal. Needless to say, it will boost economy especially in Hebei and Tianjin provinces. 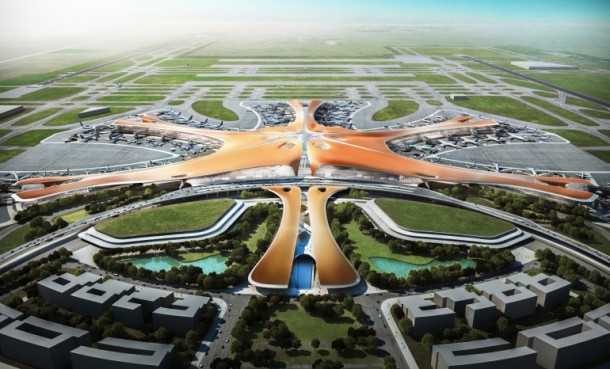 Zaha Hadid, a British-Iraqi architect and proud winner of the Pritzker Prize, is leading this project. Massive arches with curves are hallmark of designs by Hadid. The terminal design is no different. The aerial view shows what seems like a starfish. Other projects being handled by the architect include: New National Stadium for Tokyo 2020 Olympic Games and Sleuk Rith Institute in Cambodia.

GizmoCrazed - October 24, 2018 0
With their loud noises and hard plastic flanges, breast pumps are the bane of many a new mother’s existence. Founded in 2013, Naya Health...

A Chinese company is GPS-tracking your chicken to ensure they’re healthy...

Windows Phone 8.1 Concept Cites Features Users Might Get Attracted To...