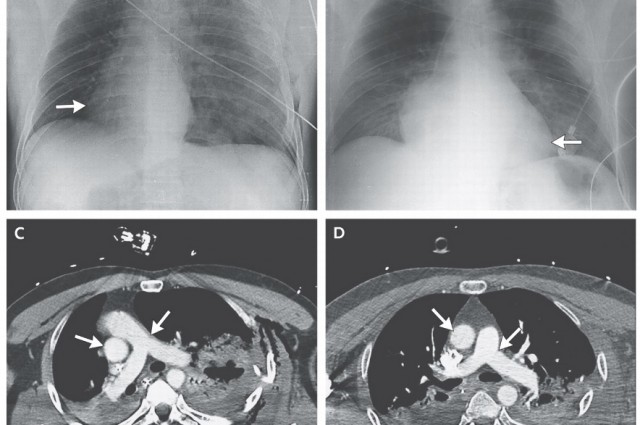 Heart resides on the left side of the body, but in a rare incident earlier this year it was found on the right side of a man’s chest. To know what happened read the full story!

After a motorcycle accident, a man was brought in the Emergency Room of a hospital in Italy for chest trauma. Doctors on duty examined his heart and after listening to its sounds and rhythms, suspected that the heart was at an unusual place. Further analysis through X-Rays and CT scans confirmed that the heart had shifted 90 degrees to the right. This condition is termed as dextorcardia in medicine.

A report published in the New England Journal of Medicine declared this incident the most unique in its nature. The doctors were taken by surprise when the patient was awake and alert even after such a displacement of his heart. However, it was concluded that the blow received during the accident did not cause the displacement.

According to Dr. Gregory Fontana, the rotation could have taken place after several minutes or even a whole hour after the accident. Dr. Fontana is the chairman of the department of cardiothoracic surgery at Lenox Hill Hospital in New York City, who wasn’t involved in the case.

Dr. Fontana later explained that the man’s lungs were injured during the accident, which let out some air from them while building some space in the chest. The pressure from the build up air pushed the heart and that is how it was rotated. The displaced heart returned to its normal position after 24 hours once the doctors drained the air.

Dr. Fontana added that the rotation of heart is a rare phenomenon yet it is possible to discover the heart on the right side as a birth defect or if the right lung is removed, the heart can find some extra space to move into. Referring to this very incident he remarked that there is a lot more to see in the field of medicine.

GizmoCrazed - December 14, 2018 0
(Credit: Atthapon Raksthaput/Shutterstock) A medical procedure transferred a key component of Alzheimer’s disease from one person to another, finds a new study published today in...

When It Comes to Super Bowl Kickers, Who Will Choke First?