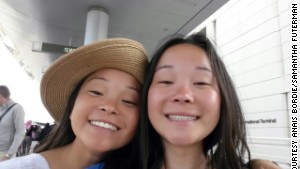 Who says the internet does not have the power to reunite those who separate? Infact, it has played a pivotal role in reuniting two twin sisters, Anais Bordier and Samantha Futerman. Interestingly, neither of the two had established contact after being separated at birth. Yet, they share the same kind of interests, wear similar kind of makeup and even sleep 10 hours a day. They seem to prod, tease and poke each other as if they are sisters that grew up together. These are things that you’d normally find in a movie but it’s intriguing how believable it has become with internet these days. 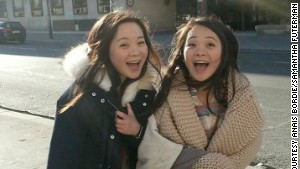 Bordier had only boarded a bus in London when she received a screenshot of a YouTube video that featured Futerman. She initially wondered who put up a video of her on YouTube. She only realized that it was somebody else when she got back home and had a detailed look at it. She tried to find the girl’s name in the credits but failed to do so. Her friend told her a month later that he saw the same girl in a movie trailer on YouTube. Bordier’s began a detailed investigation this time and found all about Futerman and how she shared a birthday with her. 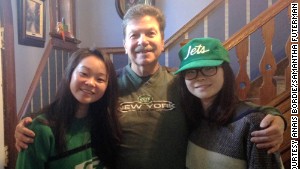 Bordier looked up Futerman’s Facebook profile and sent her a message. She could relate the situation to that in the movie, The Parent Trap. It took a few days for Futerman to respond to the message as it was a strange experience for her to be getting a message from herself from the looks of things. They talked on Skype for the first time, a conversation that lasted three full hours. Once it was confirmed that the DNA tests matched, the two decided to meet in London. Since meeting in person was significantly different from a long distance relationship that the two started to have, both were a bit scared at first. It was all fine once Bordier poked Futerman for the first time. The twins now live miles apart but they have reestablished a connection they never intend to break.

GizmoCrazed - July 25, 2012 1
It seems like the Apple rumor mill is churning year-round and around the Fall is when start to hear speculation about the release of...

Carmakers rushing to defend the EV tax credit in face of...

Top 10 Gifts To Give This Holiday

This $5,900 Workstation Lets You Work Lying Down