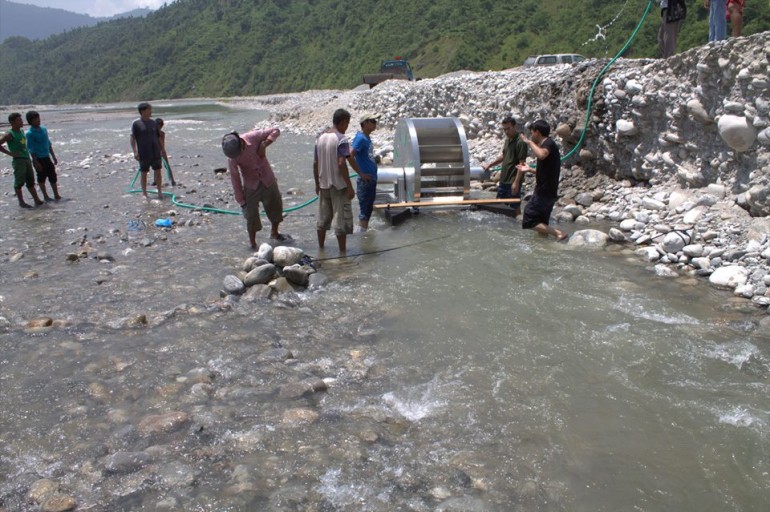 “Climate-KIC is Europe’s largest public-private innovation partnership, working together to address the challenge of climate change.”

In 2014, Climate-KIC selected some of the best clean energy solutions to problems around the world. The jury that was composed of entrepreneurs, businessmen and financiers chose the “Barsha” Pump as the winner. Created by Dutch Startup aQysta, a spin off of the Delft University of Technology, the pump is primarily used for irrigation and can boost crop yields in developing nations by up to five times.

The word Barsha means rain in Nepalese and the pump delivers on its name. The pump is basically a water wheel on a floating platform (a design reportedly used in Ancient Egypt) based on a river near the fields. The wheel rotates and compresses air via a mechanism. This pushes water to the fields. 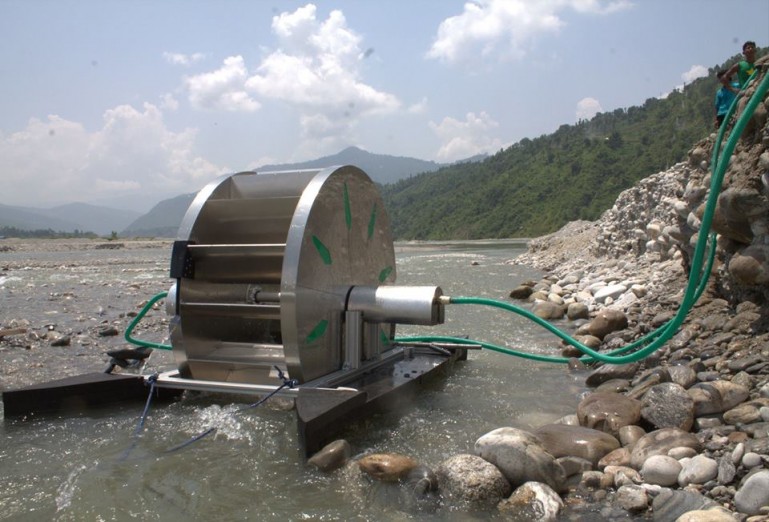 The capacity of the pump is said to be one liter per second and at most it can push the water up 25 metres. The claim is that it can give a return on investment in about a year; compare that to a diesel powered pump which takes ten years to do the same and you have a clear winner. And one more thing, the Barsha pump doesn’t run on fuel.