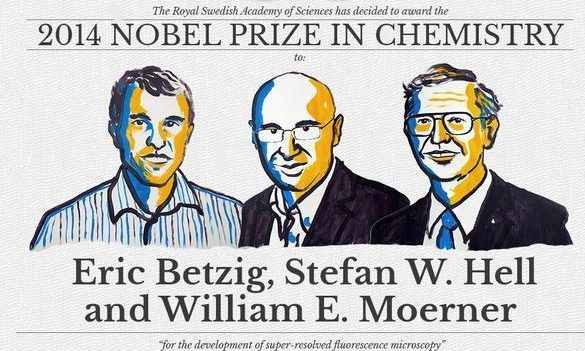 It’s the greatest honour in it’s respective field. The Nobel Prize in each of its five categories is the crowning glory of a career. A couple of days ago the awards for Chemistry and Physics were given out.

Eric Betzig of the Howard Hughes Medical Institute in the US, Stefan Hell of the Max Planck Institute for Biophysical Chemistry in Germany, and William Moerner from Stanford University were applauded and awarded because they helped develop fluorescence microscopy.

Their work overturned the belief that microscopes could never see past half the wavelength of light; every thing beyond that point would forever remain a mystery to the eyes. Stefan published a paper in 1994 that described a technique which directed light pulses at a sample seeded with fluorescent molecules causing them to glow and a second pulse of light dimming the surroundings, giving a clear picture of the sample. Moerner also discovered that fluorescent light could be used to view individual molecules. Betzig also learned to “activate” certain areas of fluorescent proteins at a time and collected all the images to form a single picture. 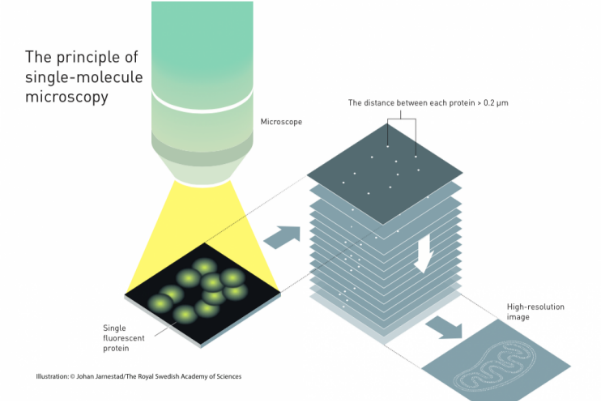 All these methods are now used to observe processes previously thought unobservable like the behavior of certain bacteria and the motion of neurons.

Isamu Akasaki from Meijo University and Hiroshi Amano from Nagoya University in Japan and Shuji Nakamura from the University of California were awarded the Physics Nobel for developing energy efficient blue LEDs. 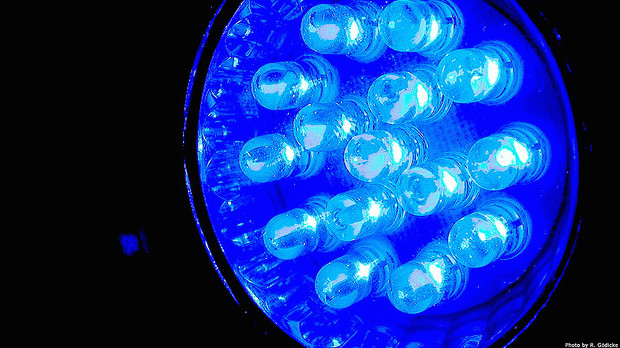 Why specifically BLUE LEDs? The answer is because red and green light emitting diodes had been around for quite a while and the blue diodes completed the spectrum. This allowed for today’s tablets, smartphones and televisions to have vivid high resolution screens that consume very little power.

Their work could potentially reduce the electricity globally consumed in lighting from 20% to 4%, leading to an environmentally friendlier world.