“The South American Goliath Bird Eater” – It sounds like the title of a 30s horror film like the “50 foot creature” or “The Menace from Outer Space”, but in truth it’s the official name of the second biggest spider in the world. In truth the thought of a huge spider scurrying around the forests of South America reminds one of the Spider in the Lord of the Rings or of Aragog in the second Harry Potter book/film, yet the specimen is far smaller than either. It’s the size of a small puppy, which is still pretty terrifying. 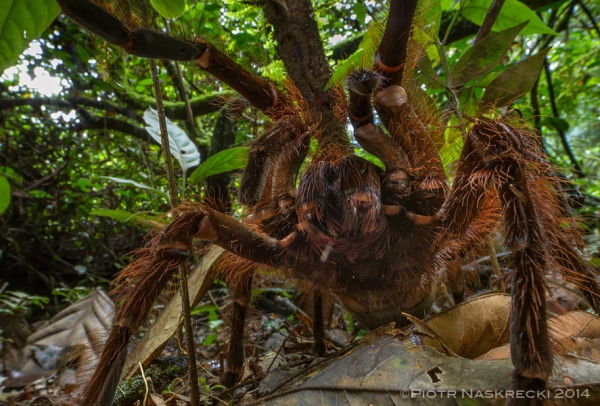 Piotr Naskrecki, an etymologist from Harvard, was looking for katydids (bush crickets) in the forests of Guyana (northern coast of South America) and he ended up coming across a “fluffy” spider. At first he thought it was a possum and lunged at it. Obviously the spider defended itself. It first lifted up its hind legs, rubbed them together and spewed out a ball of “urticating” hair. This made Piotr itch and weep for days. Then the spider tried to bite him with its fangs (capable of puncturing the skull of a mouse). 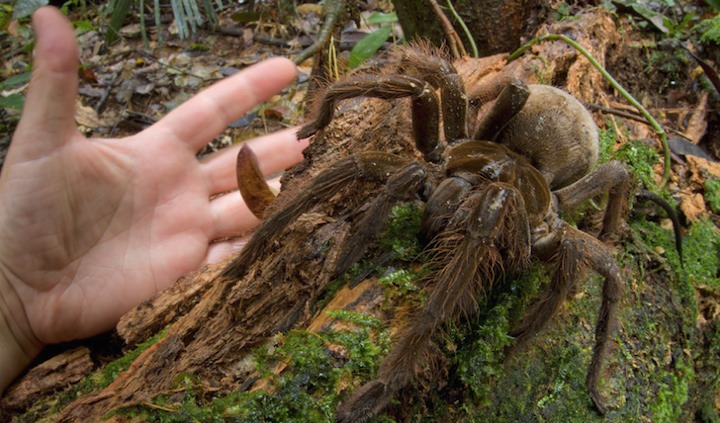 Although the Goliath is beaten in size by the huntsman spider, it is much more ferocious. According to Piotr, it’s like comparing a ”giraffe to an elephant”. To make things worse, the Goliath Bird Eater is true to its name, it is capable of killing and eating birds and ‘drinking’ the eggs. To top it all off, as it scampers through the forest it makes a horrible clicking sound that can either remind you of Aragog in Harry Potter or the Predator.

GizmoCrazed - October 24, 2018 0
With their loud noises and hard plastic flanges, breast pumps are the bane of many a new mother’s existence. Founded in 2013, Naya Health...

Steve Jobs To Be Honoured With A Commemorative Postage Stamp