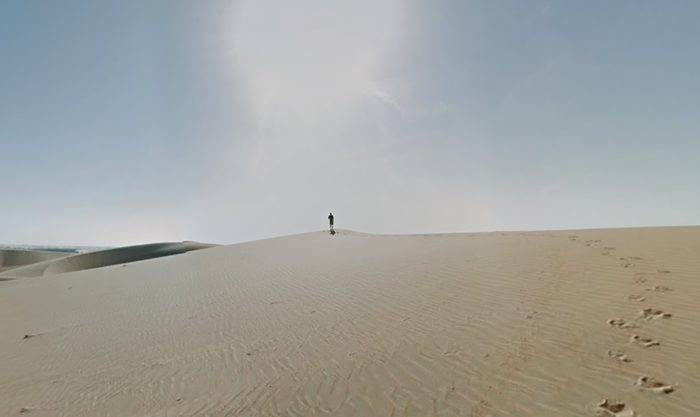 Google Street View cameras are debuting all over the world. They have previously had cars and boats and even people used as their lifts. However, camels have also come to support the cause. Only just recently, Google planned to capture 360 degree views of the Arabian desert, which it considers to be a “delicate environment.” For this purpose, Google had to fix a Trekker cam on the back of a dromedary by the name of Raffia. Just so that it is out there, Raffia has never ever transported anything that looks even close to a Trekker camera. Short version: it’s splendid.

The camera travelled throughout the Liwa Desert. Interestingly, the unusual perspective makes one feel as if the images are live before the eyes and that one is actually mounting the camel’s back. Upon looking below, one can easily spot the camel’s and the Indian guide’s shadow. The equipment was set up at 6 in the morning. It’s the hard work that really paid off. Regardless of which perspective one looks at, these views leave one wondering who the person in the distance might be. 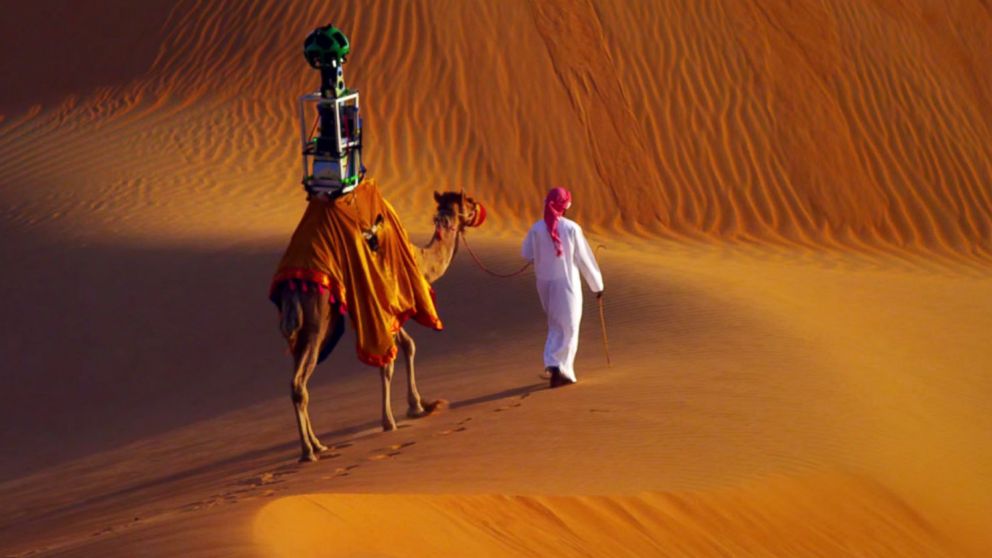 Even from a zoomed in view it is not possible to make out the person’s face. You may only assume he is there to help keep the camel on the right path. Google also believes that the Street View perspective will help create awareness about the tourist attractions in the vicinity. Given that the heat in the place is unbearable, a tour on the internet is really not that bad an idea.