Part of the brain that accounts for balance, posture, speech and motor learning is the Cerebellum. It has one-half of the total neurons found in a person’s brain. It is not uncommon for people to lack some functions of the brain because of an accident but the absence of a cerebellum has hardly ever been heard of until now. Chinese physicians have recently reported a 24 year old lady who seems to lack the cerebellum. This marks the ninth case of cerebellar agenesis the world over. The discovery has also been reported in a journal by the name of Brain.

This discovery only came about once the lady approached doctors to find a fix for vertigo and nausea. Once the results of the MRI and CT scans were out, it was easy for doctors to notice there was no cerebellum in the images. This also proves why she had trouble speaking until she reached the age of six and could not walk until she was seven. As a result, it was always difficult for her to play like kids her age used to. This does not mean she could carry out those functions normally afterwards; she always had to use support to walk around.

Further tests proved that the absence of the cerebellum made it difficult for her to pronounce certain words even though she had no issues with understanding vocabulary. She often slurs words during a conversation and her tone is rather ‘harsh’ according to doctors. It appears that the cerebrospinal fluid has taken the space where the cerebellum normally rests. It may appear normal but attains higher pressure than normal. She had to be given some dehydration treatment which lowered some of the pressure. The treatment proved somewhat effective as the lady is reported to have done considerably well at an appointment after four years. 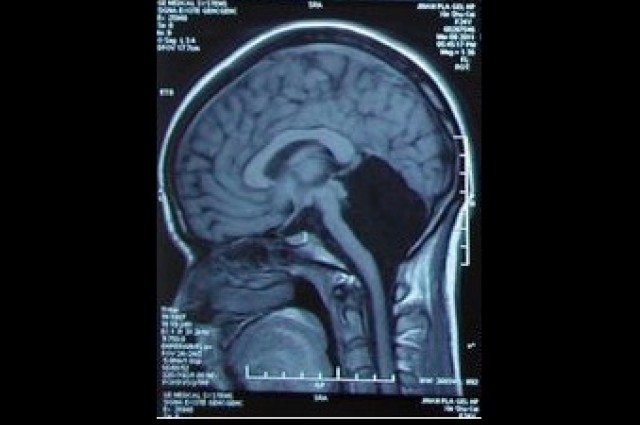 To reiterate, this medical condition is still quite rare so there is little explanation to it. This case could be seen as a good chance to explore the possibilities. Let’s keep our fingers crossed.