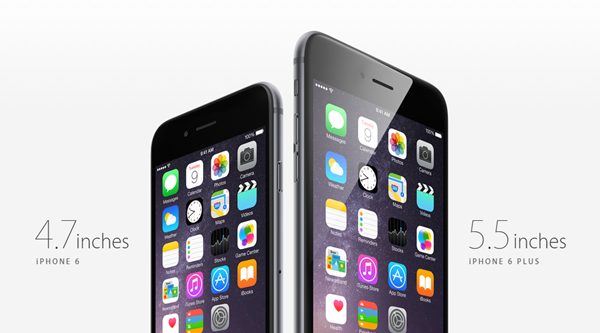 Apple seems to have continued its tradition of producing smartphones at low cost and generating sizeable profits per handset. The case with iPhone 6 and iPhone 6 Plus is no different. Only just recently, the bend in the back of the new iPhone 6 seems to have taken the entire social media like a storm. Amidst all the crazy rumours and reactions, Apple decided to clear the air. Apple claims that the company ensures the highest standards when it comes to materials that go into the making of each iPhone. Moreover, quality control and testing also takes care of that.

It has only recently been discovered that the cost of materials used on the iPhone 6 and iPhone 6 Plus is pretty low. Contrary to that, the consumer price has seen a significant increase. Given those facts, Apple has been able to bag great profits after selling over 10 million units. Prior to the release of the iPhone 6, the rumours hinted at an increased screen size and enhanced processor which automatically warranted a price hike. However, the latest teardown reveals how different the situation is on the cost side. While the 16GB variant costs $200 to produce, the iPhone 6 Plus merely sets them back by $216.

It is worth mentioning that the figures do not account for the cost Apple has to pay to Foxconn in order to put together various components as well as testing and shipping costs. It is no secret that Apple’s strategy of depriving users of expandable storage has helped pay dividends for quite a while now. Considering the fact that the iPhone 6 Plus with enhanced storage sells for as much as $950, Apple seems to have hit the home run. It is sort of fair that the 16GB variant of the iPhone 6 is sold for the same price as the iPhone 5S. However, with the increased storage options along with the increasing sales it is obvious that the dividends this time around will be off the roof. Expect the Apple stakeholders to be really happy about the results this year.