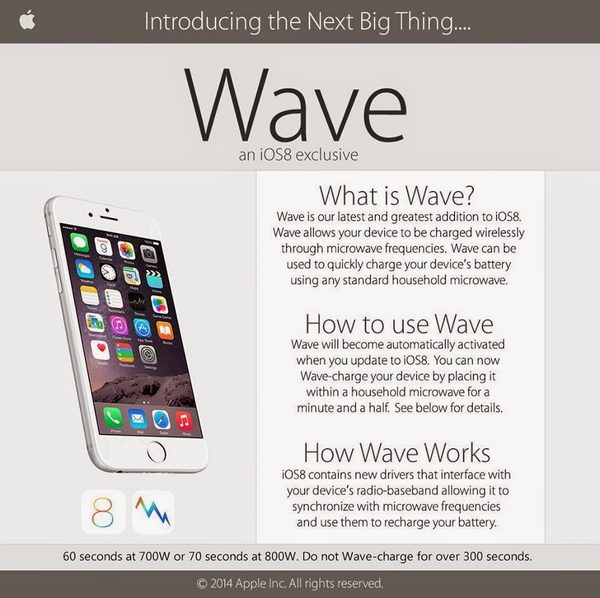 You must already know about the infamous iPhone 6 drop by the first person to get it in Perth, Australia. Hold it; it gets even more interesting. Folks at 4Chan seem to have successfully trolled plenty of Apple iPhone owners. Some witty people spread the rumour that the new iPhone can now be charged in any microwave courtesy of the new and improved iOS 8. They decided to name this ‘hot’ feature the Apple Wave which was said to be a super-fast way of charging the device. It’s obvious how cleanly they went about advertising it the ‘Apple’ way.

Apparently, it fooled a lot of iPhone users. Unfortunately, they learned their lesson the hard way. Inevitably, they ended up overheating the iPhone 6. Some commentators believe that all those who were ‘naive’ enough to put the iPhone in a microwave had it coming, and rightly so. Words of praise that would suggest how exciting and promising the whole idea sounded soon changed to how unfortunate and ridiculous the whole experience was. As you would expect, there were a bunch of people who claimed they successfully tried the method and it worked like a charm, which is clearly a distraction. 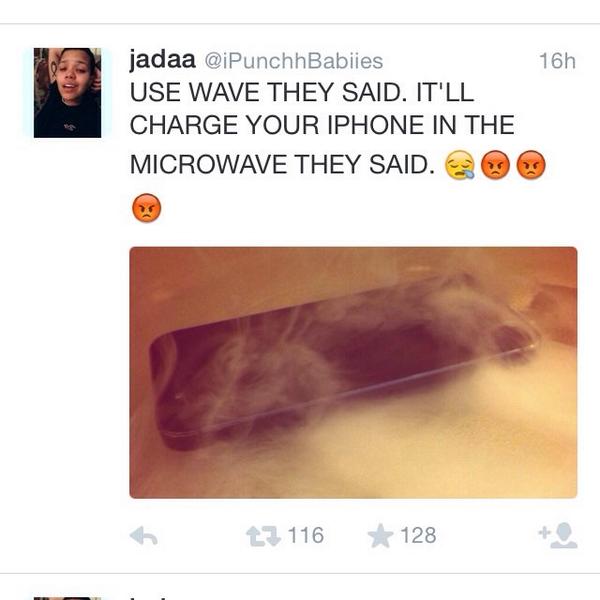 It is worth mentioning here that this is not the first time that 4Chan has trolled iPhone users. Back in 2013, this group was able to fool a bunch of iPhone users into thinking that the iPhone was waterproof. This was a clever way to tempt people into believing the rumour given that a number of Android devices already boasted that particular feature. Those who were impatient and more than eager to try the ‘exciting’ feature ended up choking their iPhones, ofcourse. Just like this time around, there were some misleading tweets that hinted at the effectiveness of the feature. However, those with some sense would certainly not even dare to put the phone in a microwave. If you are a sadist, go ahead by all means and watch your nice looking iPhone 6 burn to a crisp. It is not a great feeling by any means.