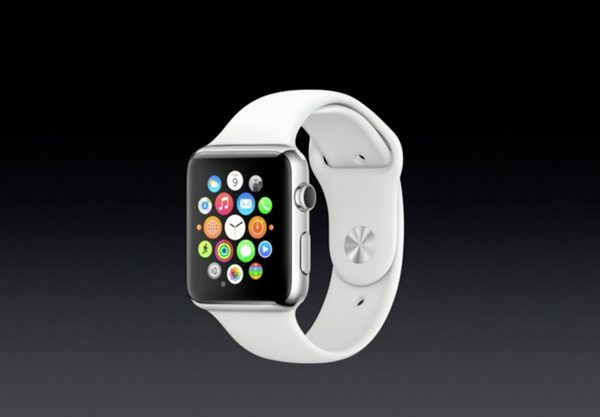 As much as the new Apple iPhone smartphones were surrounded by speculation, the Apple wearable gadget hardly ever had a word of absolute truth said about it until the Apple keynote. Most of the folks out there got into the habit of calling it the iWatch but it seems like Apple settled with Apple Watch as the name for it. Tim Cook thinks of it as a new chapter in the history of Apple.

Clearly, this is as close to a person as mobile technology can get. Benefiting from that closeness, the Apple Watch derives the ability to serve as a precise yet customizable timepiece. You guessed it, it has a big role to play with those health and fitness apps you have been seeing of late.

In terms of design, it certainly is a bit of a looker. The glass is made from Sapphire Crystal which is the kind of material that was rumoured by various third parties to be used on the iPhone 6. It is a smart choice given that this material is usually incorporated in high-end watches due to its high resistance against scratches. The display itself is Retina that possess flexible postulates. 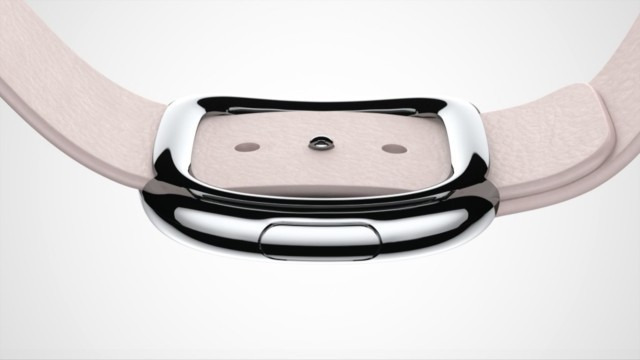 The dial on the side can be tapped, pressed and winded which goes to show it can record various inputs. The built in amenities include accelerometer, gyroscope, heart rate sensor as well as Taptic Engine. Ofcourse, when it comes to voice assistants, nothing beats Siri. Fortunately, it is integrated with the photo and map apps. Speaking of apps, the health and fitness apps will also fetch biometric data from the watch to keep things updated. 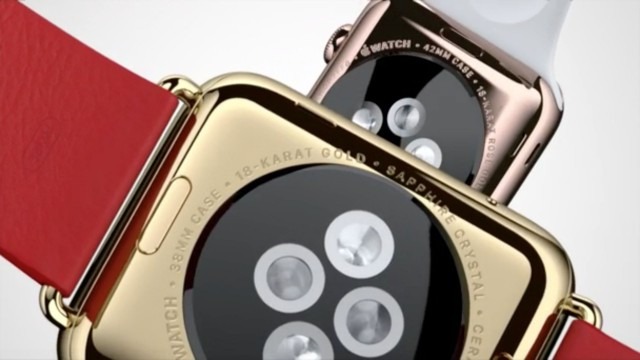 In addition, the WatchKit is aimed at developers in order that they can design interesting apps for the Apple Watch. The prospects are amazing considering people can use it as a walkie talkie, a remote controller for the Apple TV and even a remote viewfinder. 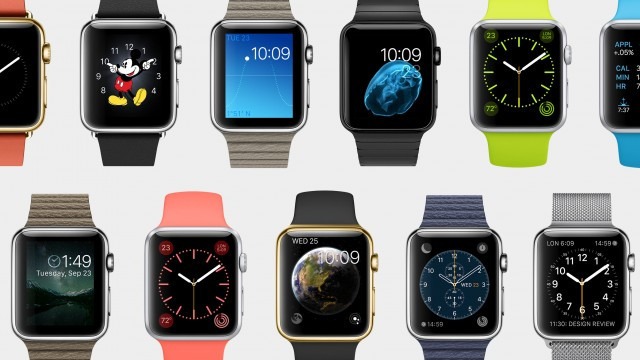 The Apple Watch comes in three collections: one with stainless steel case, another called the Apple Watch Sport with an aluminum case and the final one namely the Apple Watch Edition with 18 carat gold case. They start at $349 and hit stores early next year.