Downloading a movie in a jiffy has now been made possible, thanks to the efforts of Danish researchers. A team of researchers from Technical University of Denmark was able to transfer as much as 43 terabits per second using a multi-core optical fiber. That easily makes it the fastest fiber in the world. Plenty of people have praised Google Fiber for its blazing speed but this latest creation makes it look inferior. It seems like downloading will not at all seem like a high mountain to climb from now on. 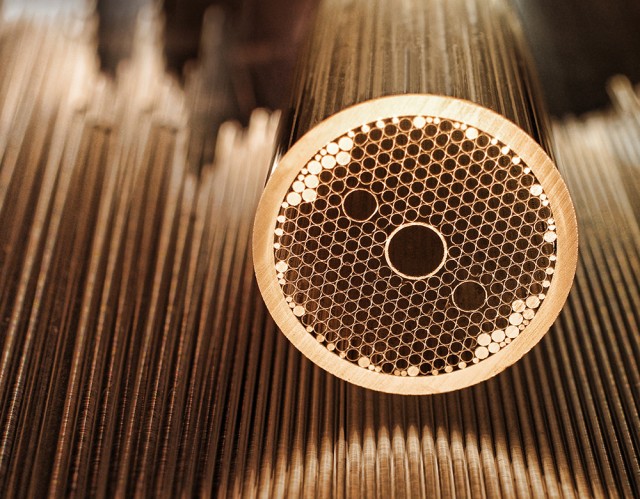 One must wonder how fast this rate of transfer really is and what the fuss is about afterall. Folks from ExtremeTech have already given a pretty good idea in that 43 terabits per second can download a movie that is 1 gigabyte in 0.2 milliseconds. The comparison put forth is actually quite interesting. How long do you think an average blink of an eye takes? It is anywhere between 100 to 400 milliseconds. Going by those figures, one can download hundreds of thousands of movies at that rate! How would you even manage to watch that many movies in one lifetime?

The mystery about the means adopted by the team of researchers to accomplish this daunting task remains unsolved; we only have speculations so far. It is possible that they used a protocol such as Flexigrid to their benefit. For the record, Flexigrid was only developed in early 2014 and is a means of speeding up fiber-based network connections. It can manage to transfer 1.4 terabits per second but compare that to what the Danish researchers have achieved and this does not even compare. We can only conclude that they were able to develop a much more enhanced protocol to their advantage in that case. The latest creation is also commercially viable as it used single fiber with the help of NTT, a Japanese telecom company, which makes it a better choice. Here’s hoping that this research translates into a commercial solution sooner rather than later.