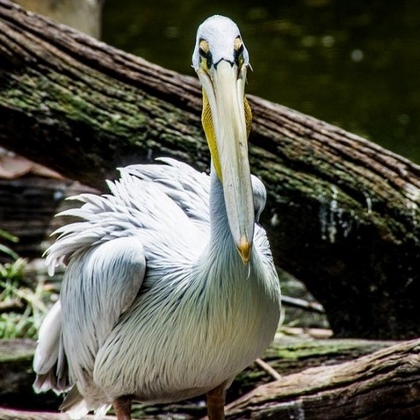 Although the order will change year on year, by and large the Top 10 Amusement Parks from around the world will remain the same. To attract visitors they need to keep the great things that they do and then add a little on. It could be the food or the rides or the overall atmosphere, but each of the following parks have that certain something that keeps visitors coming back.

With 1700 animals to see it is not surprising that there are so many visitors to this park. All animals will be well looked after as there is accreditation to some of the organizations responsible for animal welfare.

As the largest theme park Spain has to offer, there are a dozen rides and it is for this reason that more than 4 million visitors walk through the doors every month. For the children – or adults – who love Sesame Street, there is a ride based on that.

There are 7 theme areas contained within the park and across them there are 24 different attractions. Some of the most popular ones are Ancient Egypt, Madagascar and the Lost World Far Away. For the US visitor there is one based on New York and another on Hollywood.

Over the years there have been more than 650 million visitors and that must have been more than the company could have hoped for back in 1955 when it first opened. Children from around the world have thrilled at the Disney characters that they can see and will want to go back to the 8 themed areas again.

This is a combination of a zoo, rides and a show, and can boast that it is the biggest theme park to be found inside Latin America. There are the animals that you would expect to see in a zoo, the big cats including lions and tigers, along with monkeys and much more. All areas of the world are covered as there is a German village, Fantasyland, a Radical Adventure plus the Old West, Pirates and a complex to do with automotives.

Anyone who is lucky enough to visit here will be reminded of the 1930s and 1940s, and will be transported back to what can be seen as a somewhat simpler yet somewhat more glamorous time. There are sections dedicated to some of the classic films and locations such as Sunset Boulevard, Hollywood Boulevard and Streets of America.

This is the oldest of the Walt Disney resorts and features some of the oldest and best loved attractions. There is a Cinderella castle, and wherever you go in the resort, there will be something that is suitable for everyone. There are 6 areas, and the themes are Liberty Square, Frontierland, Tomorrowland, Main Street USA, Fantasyland and Adventureland.

While some of the parks are related to events of the past, this is one that will appeal to people who are fond of heroes new and old. Alongside the island that is just for the Marvel Super Hero, there is a section that contains all things that relate to Harry Potter.

Although this is based in Germany it does cover other countries as there is a French themed area as well. With the choice of 12 rollercoaster, there is bound to be one that will be small enough or wild enough for everyone. After the thrills there are 16 shows to watch a number of water rides and a playground. Food and drink is easy to find as there are 70 bars and restaurants, and the food they provide is varied.

It is easy to see why 1300 people make this their entertainment every day. The good news is that there is plenty of room, and by restricting the numbers it ensures that everyone has a great experience. Visitors can get into the water with some of the fish and dolphins, and then help to fee the parrots and swim with animals such as marmosets and otters.

Whichever park you choose you are bound to have an amazing time. Make sure you leave plenty of time to give yourself the chance to see all there is to see.