I don’t know about you but I have always thought to myself what would happen to a human body present in space with no spacesuit on. Some of the movies I have watched suggest that it would shred to pieces but is that really true? The protective atmosphere allows us a pretty normal life on Earth and protects us against the UV light from the sun but what of the vacuum that exists in space? Maybe it’s quite the contrary and it doesn’t make much difference to the chances of survival. Let yourself be educated on the matter with this post.

Outer space is devoid of ebullism and oxygen which poses the greatest bit of danger to human life. For those of you unaware of ebullism, it’s the tendency to produce bubbles in fluids of the body when the ambient pressure is reduced. Since the pressure is insanely low in outer space, it results in the reduction of boiling point of body fluids below body temperature of 37 degrees Celsius. That causes a body to swell up as much as twice its usual size. If it is any consolation, your blood won’t boil; nor will you explode but the pain is immense. 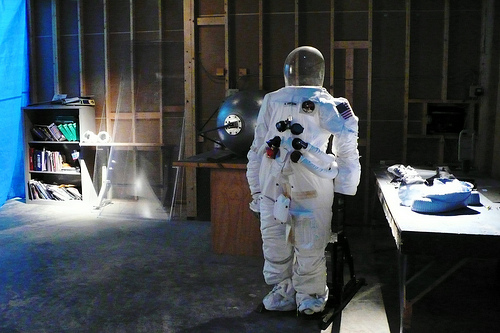 Lack of oxygen in outer space would mean that you would begin to lose consciousness as the body would use up the oxygen present within 15 seconds. Don’t even think about holding your breath because that would seriously rupture your lungs. Some of you might argue that you can do that for a considerable time on Earth but do bear in mind that the lack of external pressure in space makes things a lot more complicated. Death follows in a couple of minutes after the loss of consciousness. The exposure to UV rays and other harmful radiations wouldn’t help your chances of survival either. The extreme cold would probably not kill you since the vacuum causes the heat transfer from the body to slow down. Best of luck surviving the various forms of cancer courtesy of those harmful radiations, though.