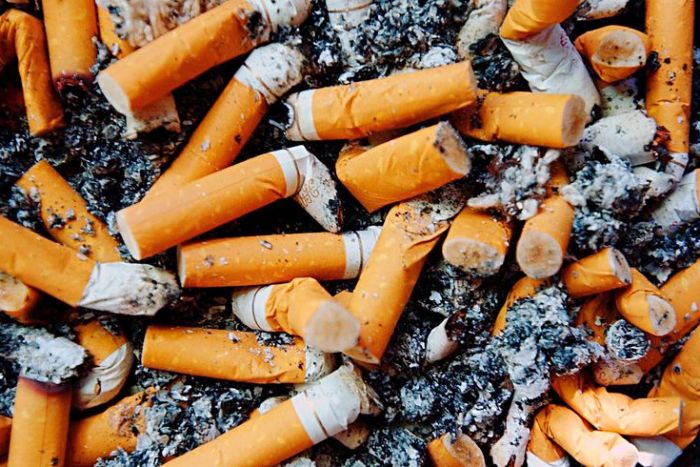 Cigarette Butts are one of the most common pollutants found on earth. During beach and urban clean up drives, thousands of the tiny buggers are scooped up. 5.6 trillion cigarette butts are dumped onto mother earth each year, they also take three years to biodegrade so disposing of them can be a huge problem. Luckily a group of researchers from South Korea have thought of a brilliant way to tackle this problem.

Cigarettes contain filters made of non biodegradable synthetic cellulose acetate fibers. By using the simple “one step process” of pyrolysis, researchers have managed to turn them into carbon based supercapacitors. Pyrolysis is the process of burning (pyro) to break apart (lysis). When the filters were burnt in the presence of nitrogen, they transformed from toxic, non biodegradable waste to useful carbon based supercapacitors (devices that store large amounts of electrical charge).

The material was tested by applying it to an electrode in a three electrode system. The results showed a higher capacity to store charge than commercially available graphene and carbon nanotubes.

Now these results can be categorised as part of what many call a revolution in electronics, the steady replacement of silicon based conductors, capacitors and chips with those made of carbon. While they have certainly shown a greater capacity than silicon to act as semiconductor chips, their wide range commercial application is still not as big as it could be.

Nevertheless, this great piece of news should be celebrated as another win for those that care for the environment, though it may give smokers an excuse to not quit the nasty habit.

GizmoCrazed - October 19, 2012 2
Since the invention of the mobile phones, people are more capable of expressing their feelings and communicating with their loved ones. It is important...

A Flawed Study Shows How Little We Understand Crispr's Effects

Some Facts About Mars Curiosity Rover You Probably Didnt Know