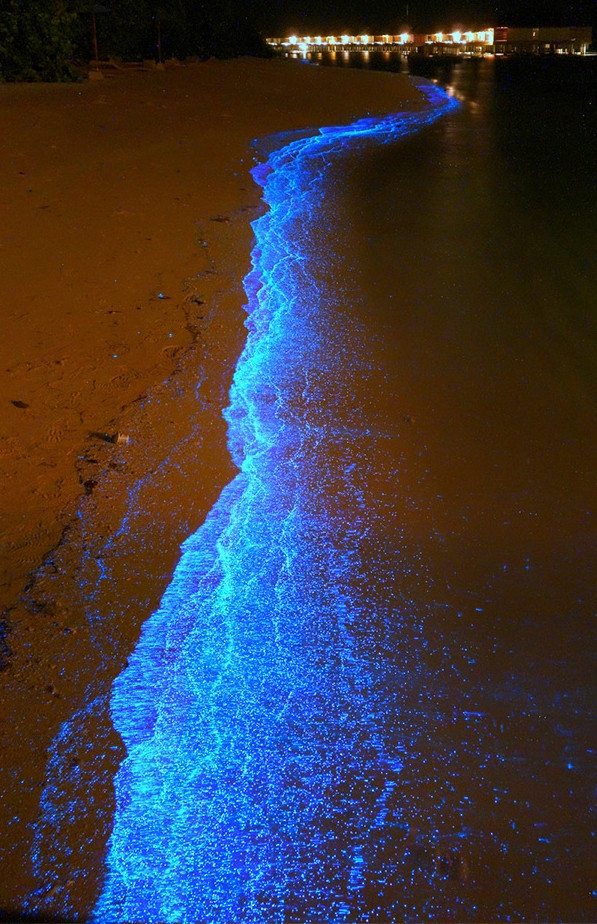 The Beaches in Maldives have been getting a lot of attention for the fascinating phenomenon observed on their shores at night. Bioluminescent Phytoplankton render the shores aglow in a feat of incredible beauty. It looks like something out of a fantasy epic; a display of brilliance that leaves you speechless. The reason for it however, still eludes us.

Most bioluminescent creatures like fireflies use their light to attract mates. However bacteria in the sea or near beaches have no need for this. Creatures like Phytoplankton at Maldives are thought to use this light as a protective mechanism. When they are in danger of being eaten by predators, they light up to attract predators higher up the food chain so that they can be spared and their predators become prey themselves. However sometimes nearby footprints and strong tides can trigger this response as well and backfire. 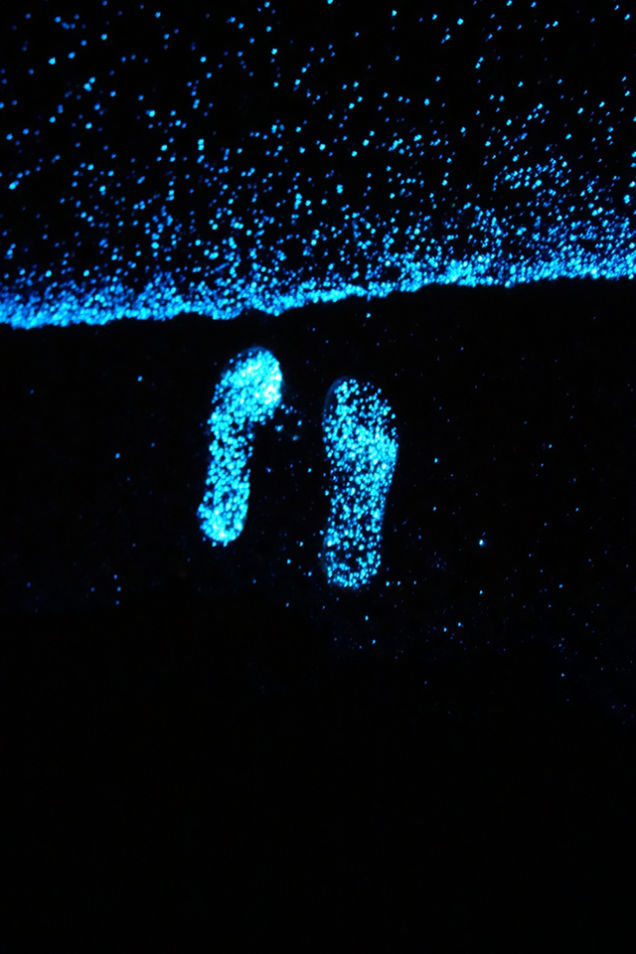 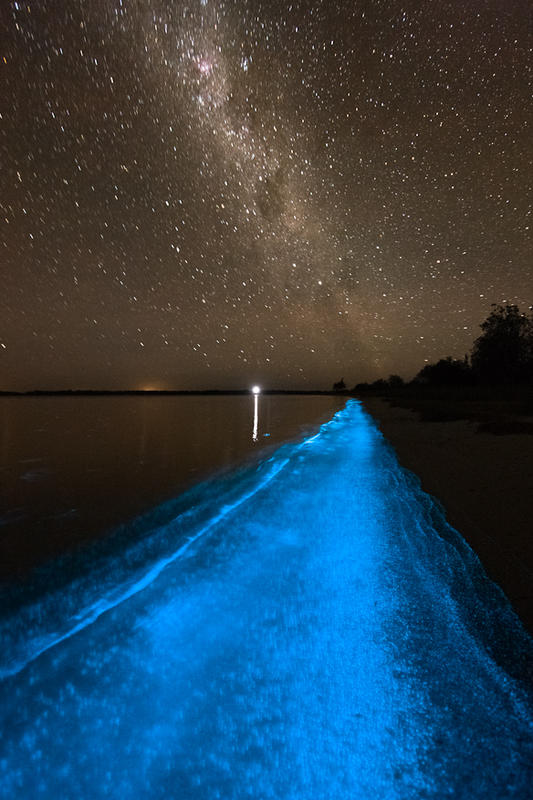 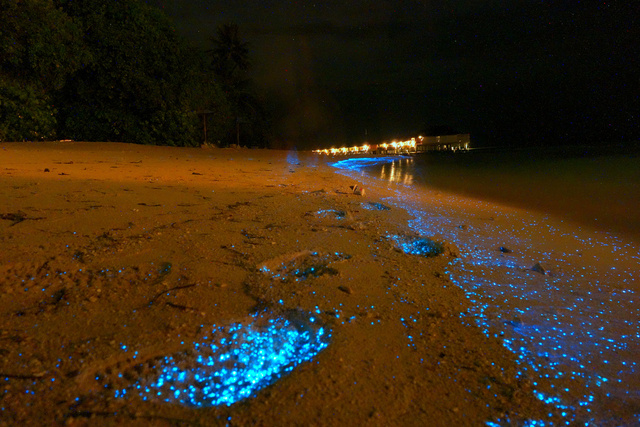 Bioluminescence is a phenomenon found all over the world. Creatures like fireflies and the angler fish (the big monstrous fish that lures its prey in with a small light protruding from its head) all use it for different purposes. The novelty of this occurrence is that it produces almost no heat. The light is produced via a chemical reaction involving the enzyme, luciferase. 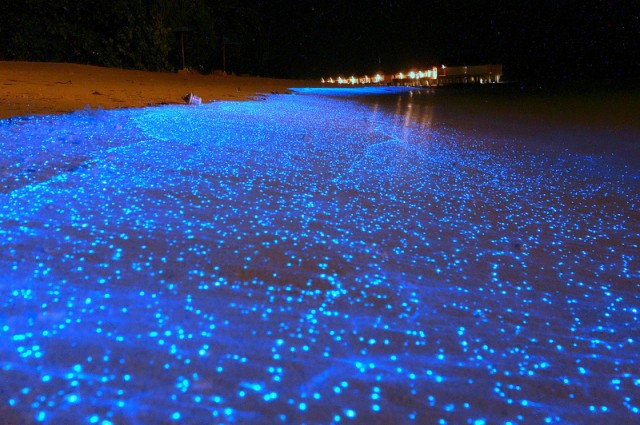 This particular phenomenon of beaches lighting up is also not unique to Maldives, the Gippsland Lakes in Australia also exhibit this glow. However before you begin planning your holiday to the beaches of Maldives, know that the phenomenon is not predictable. You may find yourself in a beach that is dark during your holiday. The bacteria that produce this glow simply may not be there.