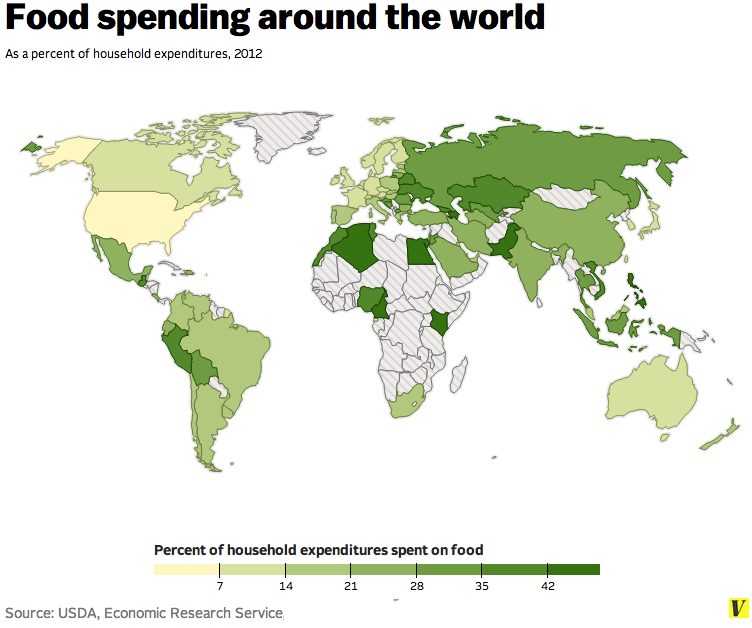 Famine might be accounting for the death of plenty in parts of Africa but Americans hardly ever get hit by any such issues as their spending on food suggests. Merely 6.6 percent of the income is spent on basic food. Compare this to Pakistan and it makes for an interesting read. An average Pakistani spends as much as 47.7 percent of the budget on food had at home. That explains why the slightest of price rises causes panic among the people. US Department of Agriculture’s Economic Research Service has kept a record of spending of budget on food items the world over. Let us have a look, shall we?

It is important to note that the data collected is based on food that is consumed at home; not outdoors. Mind you, that is merely 11 percent of the total budget for the Americans which is still significantly lesser than the budget allocated to food consumed at home by other countries. Even Canadians spend much more on food eaten outdoors than that 11 percent accounted for the budget of Americans. A chart also shows a list of countries and the share of household expense allocated to basic food items by each of them. 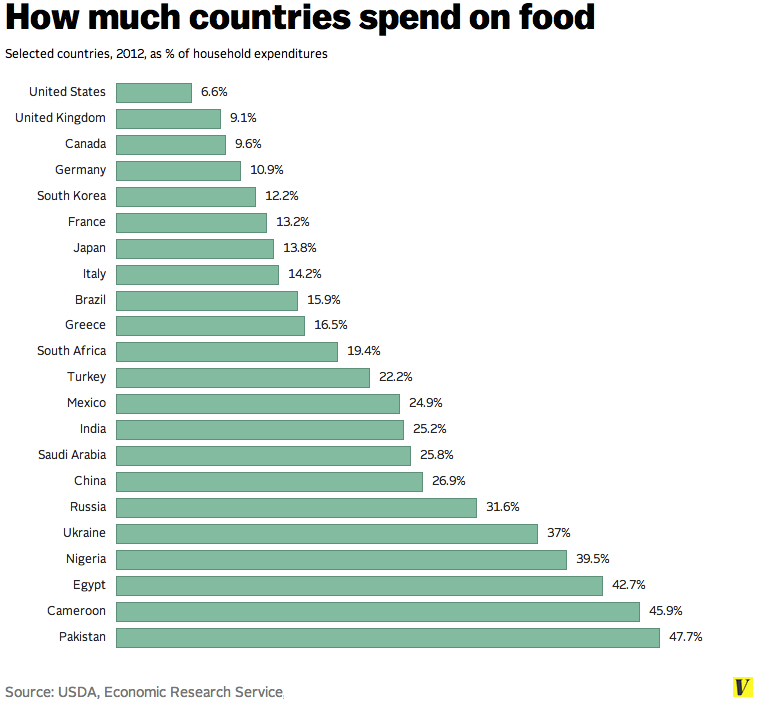 There are certainly a few obvious deductions one can make from the data at hand. Firstly, it’s apparent that well off nations allocate a small share of income on basic food items. Understandably, as people get richer they begin to spend more on amenities such as entertainment and health care. Take South Korea for that matter which used to spend a third of its budget on food items till 1975 but it has reduced to 12 percent. The converse is also true in that poorer countries spend much more on food but the malnutrition rates are also higher in those parts of the world. Another obvious assessment is that Americans spend a lot lesser on food that Europeans. While an average American allocates $2,273 a year on food consumption, Germans annually spend $2,481 and Norwegians allocate a mind boggling share of $4,485!