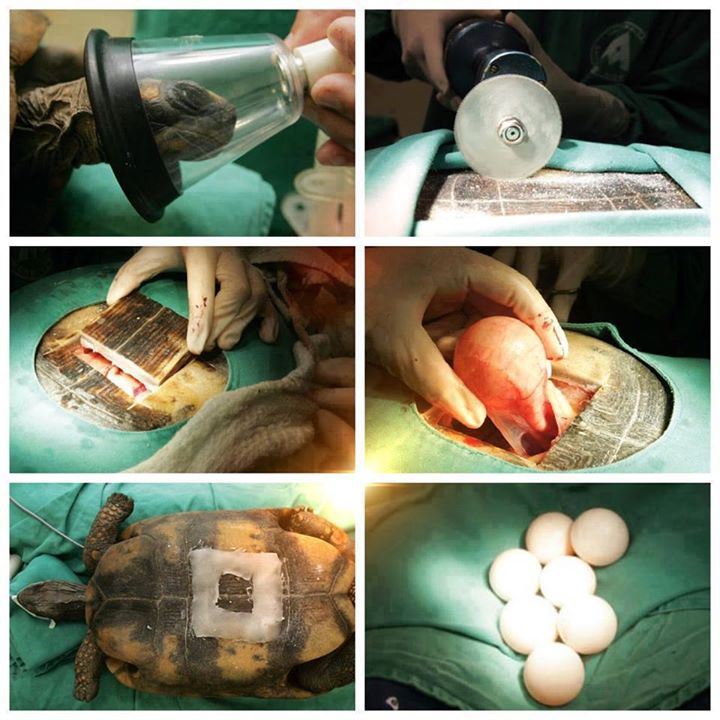 Egg binding is the name given to a condition where animals such as reptiles and birds are unable to deliver eggs. This condition can cause serious infections leading to death. This can be avoided if the egg or eggs are removed surgically.

In 2013 a turtle faced this same problem of egg binding. The turtle named Daba0, housed at the Chengdu Zoo in China was feeling lethargic for a long time as seen by the zoo owners through the CCTV footage. Dabao was first taken to hospital for an X-ray. They were amazed to find that she was pregnant with six eggs and she was taken to the Faculty of Veterinary Science at the Universidad Anhembi Morumbi, in Sao Paulo, Brasil.

There, a C-section was performed on Dabao to save her life. A skull cutter was used to break in to her shell and open the cloaca (where the eggs were stuck). The eggs were extracted and Dabao was saved. The shell was sealed up with epoxy resin.

The Coinmine One is a box that mines crypto at home

GizmoCrazed - November 29, 2018 0
For $799 you can start mining cryptocurrencies in your home, a feat that previously either required a massive box costing thousands of dollars or,...

The Secret Origins of the Search for Extraterrestrial Intelligence