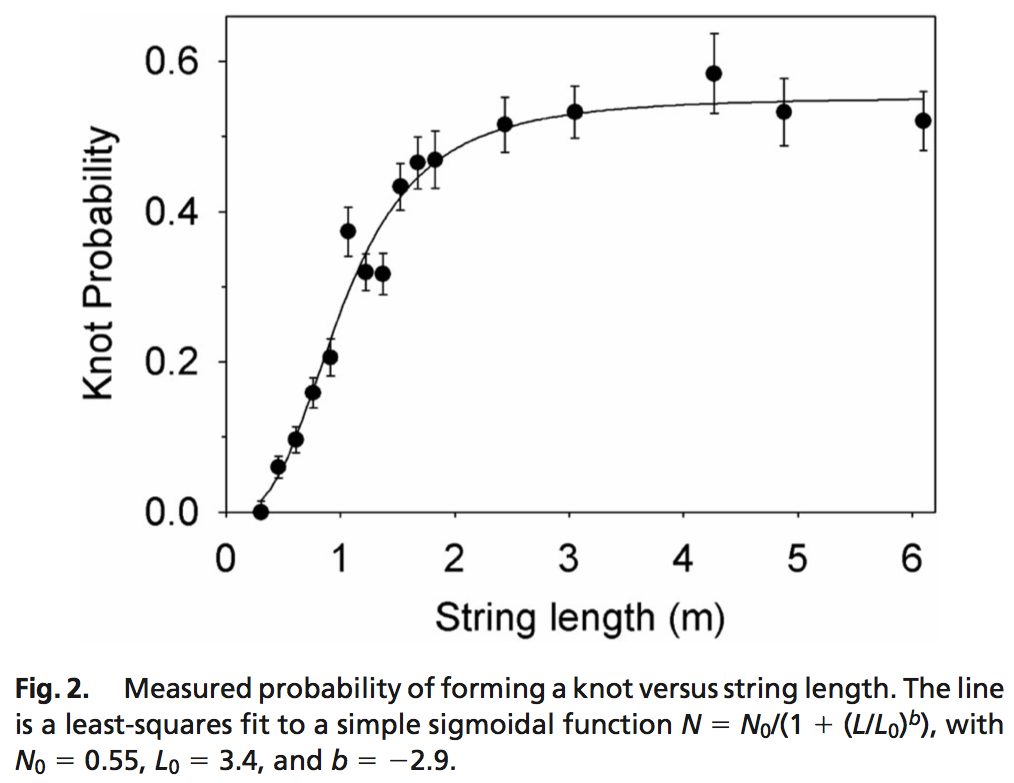 Anyone who has ever owned a pair of head phones has experienced this problem. They always magically get tangled even when they’re neatly tucked in to your pocket. It’s one of the great mysteries of the universe but no more. Jim Edwards from Business Insider has reported that a paper published in 2007 by the two researchers from University at San Diego California Department of Physics explains why this phenomenon occurs. 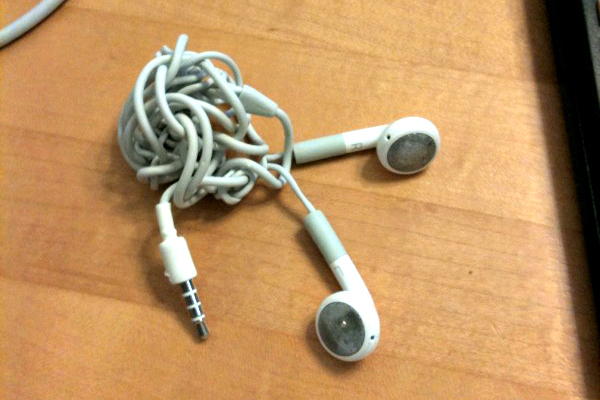 The authors of the Paper, Dorian M. Raymer and Douglas E. Smith titled it, “Spontaneous knotting of an agitated string” (yes there are such specific studies done in the scientific world). A good 3415 trials were done on strings of different lengths and it was found that the tangling or knotting of an agitated string depends on two factors, its length and the amount of agitation it’s subjected to.

When these two factors are plotted on a graph, the emerging trend reveals that a string of length 46 centimetres or less has virtually no way of tangling itself, its probability of tangling is literally zero. When the length is increased the probability of knotting increases with a decreasing gradient, becoming a horizontal plateau at a little higher than 150 centimetres.

If that weren’t enough, the researchers included a schematic diagram showing how strings of any length will get tangled due to the laws of physics. What the study didn’t take in to account was the V-shaped factor which is present in almost all headphones and that increases the probability of entanglement. 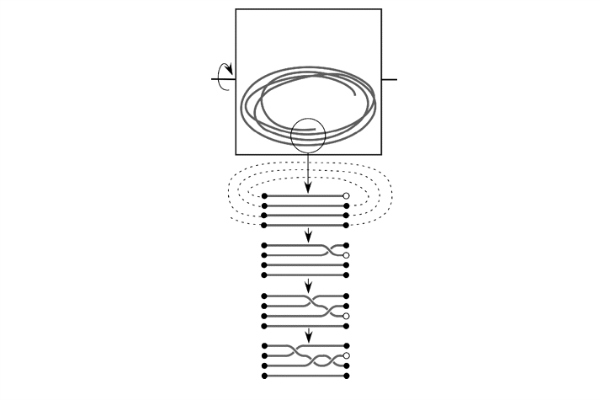 With it all said and done it’s an interesting study that outlines one of the most common occurrences among head phone users. It doesn’t help solve it but now at least you have a clearer picture of why it happens.