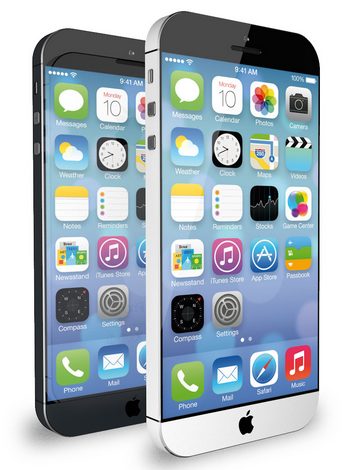 Apple is yet to finalize the official launch date of the handset leaving several tech sites to keep speculating on the likely release date of the long awaited device. According to some recent reports, the iPhone 6 will make its debut in September.

1. Screen Display will Be Larger

The iPhone 6 is said to have a sleeker and slimmer design. Yup, there are reports that the iPhone 6 will be a lot slimmer than the iPhone 5. Rumor has it that there will be a launch of an iPhone Air, with a thickness of a 6mm. One of the things that will make this handset standout from other handsets will be its compactness.

The iPhone 6 may possibly use a 20nm processor that is designed and manufactured by TSMC (Taiwan Semiconductor Manufacturing Company).

The iPhone 6 is rumored to get an upgrade to about 13 megapixels – this happens to be Apple’s biggest device so far. But, other rumors making the rounds claim that there will be no improvements on the iPhone 6’s camera feature.

It is no secret that Apple religiously updates its operating system every year, and is scheduled to release the 8th version iOS.

The A8 chipset is said to power the new iPhone 6. According to DigiTimes, it will also feature a 64-bit architecture.

Compared to its predecessors, the iPhone 6 is rumored to have a longer battery life. Furthermore, the handset will feature a solar layer system for solar wireless charging element.

According to rumors, the iPhone 6 will be available in two variants like the prior iPhone 5C and the iPhone 5S. The new iPhone 6 is rumored to come in two models, one of the two is said to be Apple’s phablet – this model will essentially kick-off the new line, while the other handset will be the iPhone 5S’ successor.

There's No One Way to Explain How Flying Works

GizmoCrazed - February 22, 2018 0
Let's be clear—airplanes are complicated. Sure, it's entirely possible to get a piece of paper and fold it in a particular way so that...

25 Of The Most Innovative Kitchen Gadgets For Food Lovers