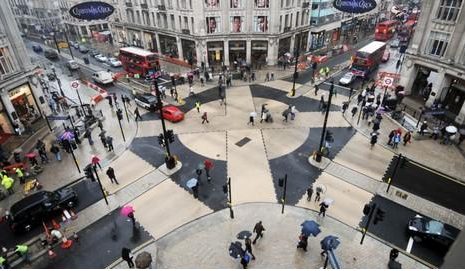 Research on cutting edge safety technology has resulted in the development of “Ko-TAG”, a device built into a car’s electronics system that notifies the driver of nearby pedestrians even if they are obscured from view.

Ko-TAG allows for the driver of any car equipped with the device to be made aware of the location of nearby pedestrians even if there are other vehicles or similar intervening objects that block the driver’s view. The most obvious application of the device would be making drivers more situationally aware in built-up urban areas where pedestrians are encountered in large numbers and circumstances can change rapidly.

Ko-TAG is even capable of stopping the car if it believes that a collision is imminent. The team behind the device’s development are confident that such decisions can be made accurately by Ko-TAG, thanks to its pinpoint precision. Professor Biebl, Professor of Electrical Engineering and Information Technology at the Technische Universitaet Muenchen (TUM), says that “With this, we achieved an accuracy in distance measurement of a few centimetres”.

He added: “Together with the unique code-based process, this is the explanation for the exceptional performance and an important unique selling point of our system”.

Unfortunately, there are a number of issues that hamper its practicality that need to be addressed, such as the fact that the Ko-TAG device only sees pedestrians who are carrying a transponder unit. While the transponder is small and can easily be carried in a bag or even integrated into mobile phones or clothing, it still presents a number of difficulties for its application in real-life circumstances.

For example, if a transponder were to be dropped into flowing traffic, say from an overpass bridge, would that cause a dangerous reaction from the Ko-TAG devices? Similarly, what happens if people using the transponder leave it in their bag/clothing/mobile and then get into their car or on a public bus? Would Ko-TAG be capable of telling the difference?

Researchers at TUM are extremely excited by the prospect of their device making its way from a working prototype towards mass implementation, even though this step may be some way off yet.

Fortunately, the advent of self-driving car technology is approaching with ever increasing speed, meaning that devices like Ko-TAG are more likely to find their place as part of the autonomous driving experience. Carsales has further details on recent advances on self-driving technology and how they could benefit from Ko-TAG and similar safety technologies.

While it’s unlikely that we’ll be seeing Ko-TAG hitting the streets of Berlin, London, New York or any major city any time soon, the technology has shown great promise and with patient calibration and refinement it could be a life-saving development.