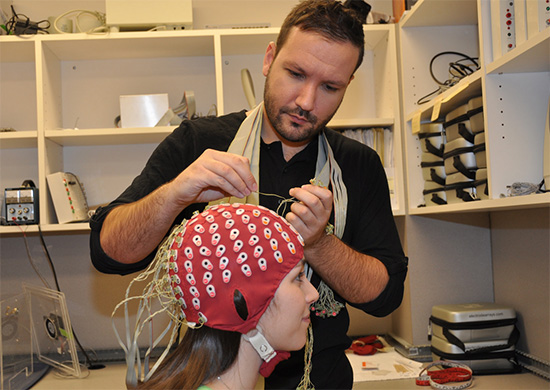 A couple of psychologists from Simon Fraser University have recently made inroads into neuroscience. The latest discovery suggests that genetic as well as environmental reasons are responsible for the suppression and hindrance of brain functionality. Researchers believe that these could prevent distraction. John McDonald and John Gasper were fortunate to have their master’s thesis research published in Journal of Neuroscience. It is important to note that no study before this has suggested anything about the brain depending on suppression so as to prevent distraction when it is needed to focus on something in particular. Imagine how well students could do if they fully realized this potential.

John Gasper realizes the importance of the discovery and hails it in the following words: “This is an important discovery for neuroscientists and psychologists because most contemporary ideas of attention highlight brain processes that are involved in picking out relevant objects from the visual field. It’s like finding Waldo in a Where’s Waldo illustration. Our results show clearly that this is only one part of the equation and that active suppression of the irrelevant objects is another important part.”

John McDonald added to this: “Distraction is a leading cause of injury and death in driving and other high-stakes environments. There are individual differences in the ability to deal with distraction. New electronic products are designed to grab attention. Suppressing such signals takes effort, and sometimes people can’t seem to do it. Moreover, disorders associated with attention deficits, such as ADHD and schizophrenia, may turn out to be due to difficulties in suppressing irrelevant objects rather than difficulty selecting relevant ones.”

The two researchers are now in the process of studying when and why the human mind cannot hinder distractions along with what makes some minds better at doing it better than most. The study involved 47 students in an attention-focused visual activity. The research team monitored the neural process in relevance with suppression, attention and distraction with the help of a cap that has sensors attached within. Let us know your take on the matter.