Exotic hadrons are the latest group of subatomic particles recently discovered by Large Hadron Collider. Large Hadron Collider remained off for the last year or so and CERN has now started to work on the collider. Once it is brought back on next year, the collider will have double the power of collision. This collision power will assist with the supersymmetry theory.  Also, the investigation of the Higgs boson will be possible with the collider.

The hadrons are tough to understand for most. A total of four detectors exist around 17 miles circumference of the Large Hadron Collider. The detectors weigh more than 5000 tonnes  and are understandably huge in size as well. ALICE, LHCb, ATLAS and CMS form part of these massive colliders. The LHCb found these exotic hadrons. In case you are wondering, the ‘b’ in the LHCb refers to the beauty quarks. The elements in the hadrons constitute quarks. Previously, there have only been a couple of hadron, each containing three mesons and quarks further comprising a couple of quarks. The latest report is that the third kind has been discovered by LHCb. 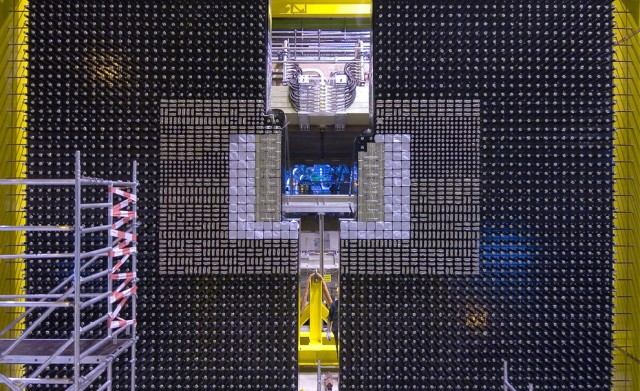 This third kind by the name exotic hadron enjoys 13.9 sigma that comprises four quarks and is termed Z (4430). That signifies its mass of 4430 MeV which is quadruple the mass of one proton. Not many would really understand the importance of such a discovery yet. Now that the Large Hadron Collider is being brought back on, the process will take time as it is done in multiple stages. This is done so as to ensure effective functionality of the system. More often than not, a single component is turned back on at one time to accomplish this. When would the whole LHC be back on, you might be wondering now. No earlier than the end of this year, but when it does come back on rest assured that it will be smashing those protons at 13 teraelectronvolts. We will have to continue playing the waiting game till that comes to pass.

GizmoCrazed - October 13, 2011 1
Brian White, an analyst at Ticonderoga Securities, has suggested that Apple is currently working on a low cost iPad. Brian thinks that the new iPad...

An Energy Evolution: From Delicious to Dirty to Almost Free