I might be repeating myself here Apple is expected to release two new flagship smartphones this year. While one is said to be a 4.7-inch iPhone, the other is suggested to be the 5.5-inch variant. Being larger and slimmer than the last flagship smartphone, these two could more likely don the looks of the iPad Air. iPhone concepts in the recent past have tried to reflect this change over and over again. There’s no reason for them to stop flowing in, right? They haven’t; Designer Sam Beckett presents a personal take on the iPhone Air that packs quite the punch.

The idea conceived by Sam Beckett adopts all clues from the rumours that have been around for a while now. As we have come to expect from most concepts, the edge to edge Sapphire Crystal display is a widely accepted feature on the next iPhone. Ofcourse, it boasts resolution of 1920×1080 pixels. We might not have experienced Full HD on an iPhone yet but the increase in size does pave way for the increase in resolution. If that comes to pass, users get 68 percent more pixels with a 17 percent larger display.

In terms of the design, the iPhone Air concept seems nearly 9 percent sleeker, with 7mm depth, than the last iPhone 5s. Considering the rather subtle changes Apple makes to its smartphone devices each year, even 9 percent seems enough. Besides, rumours do suggest that the next iPhone will adopt a number of design features that are characteristic of the iPad Air. No wonder the increase in the length of the device is as much as 8 percent as per this particular concept. As far as the camera is concerned, this latest concept places a 10 megapixels rear snapper with f/1.8 aperture on the next iPhone Air. 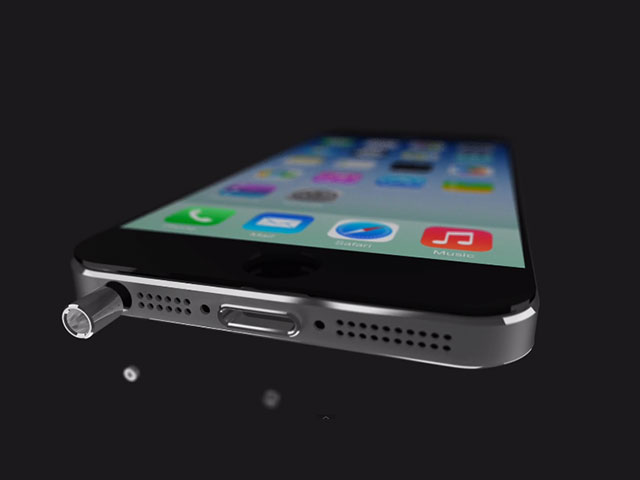 As we would normally assume, the final product by Apple could end up looking significantly different than this. However, Beckett deserves credit for such a fine effort. How excited would you be if this was the face of the final product?