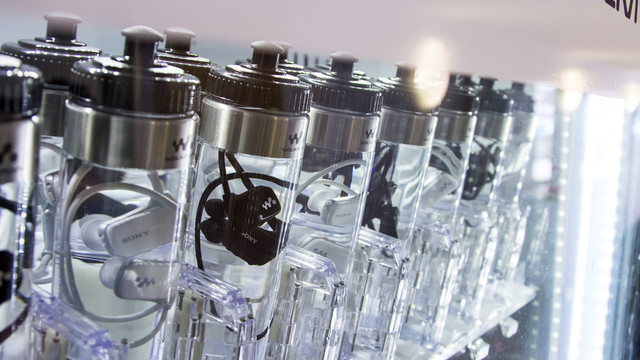 Waterproof devices have gathered our attention in the recent past. From fancy wrist watches to top-of-the-line smartphones, various devices have benefited from such an amenity. Ofcourse, SONY hasn’t been too far behind in this regard with its SONY Xperia Z smartphone. While the phone oozed with many modern features, the ‘waterproof’ label was supposed to set it apart from all the rest. Interestingly, SONY has targeted the MP3 player as its next selling device. You might think it’s too huge a gamble considering MP3 players are pretty much dead but guess what separates these from the rest- they are waterproof!

Normally, you would just read the label ‘waterproof’ on a retail packaging of device and know it attains that particular property. However, SONY has been rather clever with its marketing strategy and focused more on the believability factor to advertise its device in New Zealand. It has done so by packaging the combo of the earbud and MP3 player in a bottle full of water!

In order to achieve this, SONY hired help in shape of DraftFCB, an ad firm. Since then, SONY was able to sell the NWZ-W270 Walkman as part of indoor pool facilities and vending machines in gyms. This must have helped many refresh their body and mind after a straining workout. Only major difference is that this refreshment costs a lot greater than the usual energy drinks on offer. 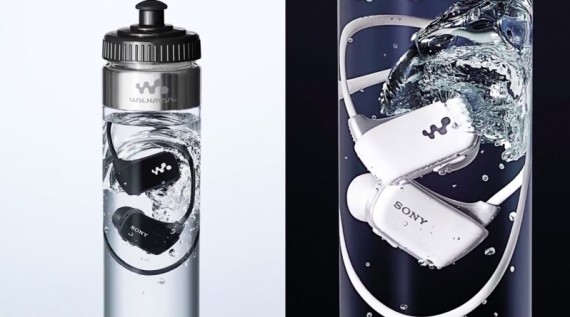 ‘The Bottled Walkman’ sports 4GB of internal storage and headphones built in to it for the convenience of users. Battery life of eight hours is sure to last users long enough before they have to put it to charge. Even if one does forget to charge the device, charging it for merely three minutes will induce nearly an hour’s life into it.

If the idea of listening to your favourite tunes while swimming interests you or you simply fancy the idea of watching an MP3 player float in a water bottle, head to a vending machine in New Zealand where Sony Walkman NWZ-W270 is being served for $99.