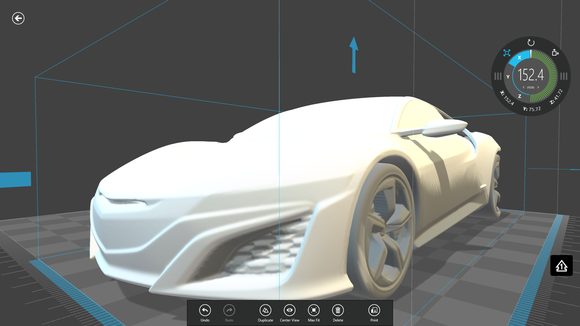 3D printers have shown enormous potential in the recent past and they continue to impress. While these machines have proved to be a combination of art and building tools for home-owners, they have also largely benefited people in the commercial sector. Infact, we recently covered how 3D printers now help prepare pizzas for astronauts. Yet another exciting prospect of 3D printers has just been exploited and Honda seems to be backing the concept. That’s right, folks. Honda has offered 3D printing material for a total of five concept cars. Acura NSX is part of the package, ofcourse.

Honda put up 3D stereolithography files of five concept cars on its website, ‘Honda-3D.com’ These Honda concept cars range from the FSR concept from 1994 to the more freshly unveiled Acura NSX concept. Others include: Fuya-Jo from 1999, Kiwami from 2003 and Puyo from 2007. Just so that you know, the older FSR concept with a built-in navigation system, sporting real-time updates, was an evidence of Honda’s focus on the safety of drivers.

You may download your desired model of the Honda concept car from the 3D design archives available on the website. Once this is done, you may load it using one of the many latest Windows 8 applications such as the STL (stereolithography)Viewer or 3D Builder. Now you may edit the 14-feet scale model as you please and transfer the edited version to the 3D printer. 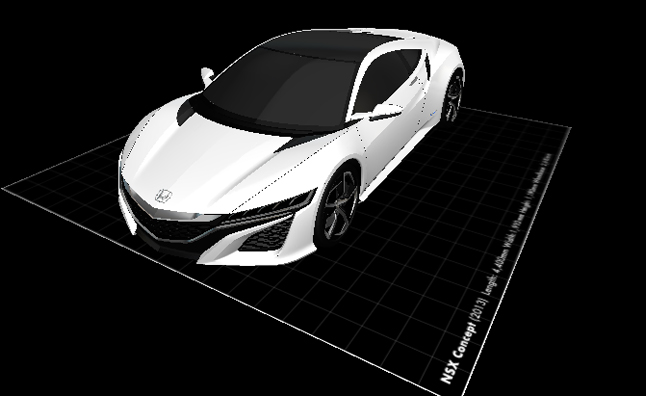 It is certainly smart of Honda to include this as part of its public relations campaign. Not only would this allow better promotion of Honda products, but it also goes to show a better approach to car-manufacturing business. It is no wonder that Honda views this as a viable communication channel between itself and its potential customers, and hopes for them to get some idea about the process. 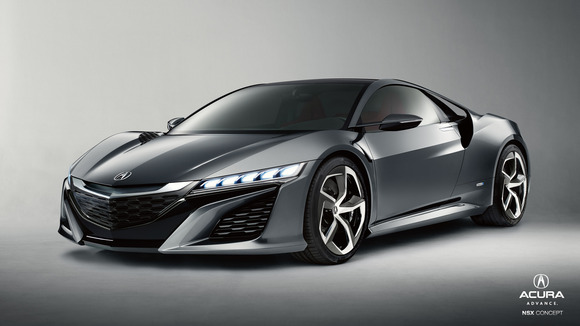 Initiatives such as this go to show how 3D printing is helping people come to grips with the process and venture into worlds they thought they had no skill-set for. Don’t shy one bit from sharing your 3D printed models with us.