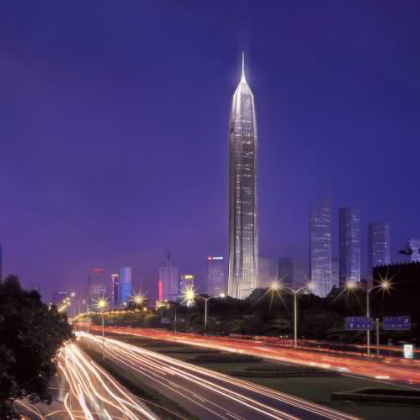 The Burj Khalifa is largely regarded as the world’s tallest skyscraper, but, like other titans of its past, it is up against some stiff future competition. Here is a list of the 10 tallest skyscrapers being built now. 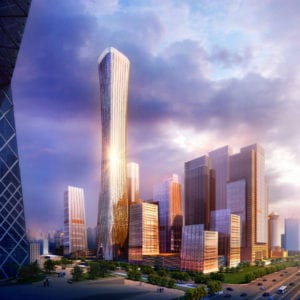 Being constructed in the Central Business District of Beijing and is planned to have 108 stories and the tallest building in the city, the China Zun was named after its design inspiration “zun,” a chinese wine vessel. It is planned to be completed in 2016. 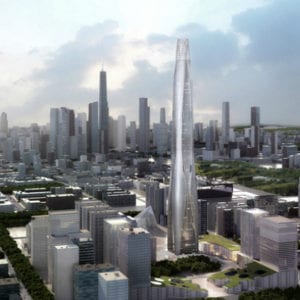 Breaking ground in 2012 in Tianjin, the Tianjin Tower is planned to have 96 stories and is aerodynamically shaped to reduce vortex shedding and withstand any seismic events that may occur in the area. The building is planned to hold, in addition to offices, 300 apartments, and a 350-room 5-star hotel situated at the top. 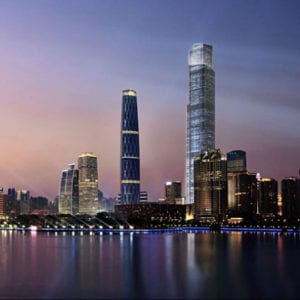 Also known as the Guangzhou East Tower, the CTF Guangzhou (formerly the Chow Tai Fook Centre) is under construction with plans to be completed in 2017. It is the second of the two planned Guangzhou Twin Towers that overlook the city and Pear River with a planned 111 floors. 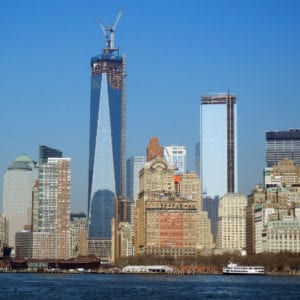 One World Trade Center, formerly known as the Freedom Tower, is the new primary building of the new World Trade Center complex in New York City. The tower itself was completed on May 10, 2013, but is part of a complex that will include 3 other skyscrapers. Constructed next to the former 6 World Trade Center, the skyscraper is 104-stories and the fourth tallest building in the world with a height of 1,776 ft at its spire, symbolic of the 1776 signing of the United States Declaration of Independence. 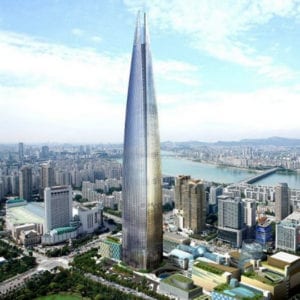 The 125-floor building began in November 2011 is planned to be competed in 2015 with the tallest observation deck in the world. The design concept is a slender cone with gently curved convex sides. The building is planned to house retail outlets, offices, residences, a luxury hotel and of course the public access observation deck.