5. The Pyramid Mausoleum of the First Emperor of China 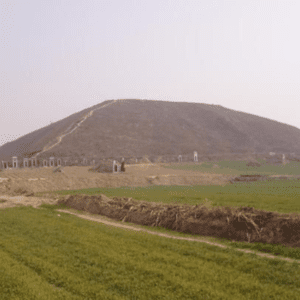 While the First Emperor’s tomb may look just like a grassy hill, but inside is a pyramid filled with so many death traps that to this day the Chinese government has yet to have it excavated. What kind of death traps? One of the best known traps is a moat of mercury that has residual mercury readings that are still dangerously high today. 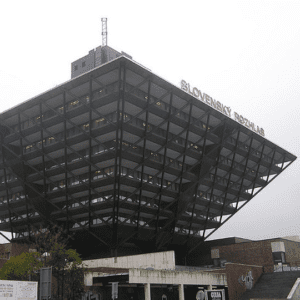 The Slovak Radio Building, in Bratislava, Slovakia, is not what you would expect to see. However, the upside down pyramid design boasts one of the largest organs in Slovakia. The building was constructed in 1983 and is 262 feet high with an indoor concert hall where the mammoth organ sits. 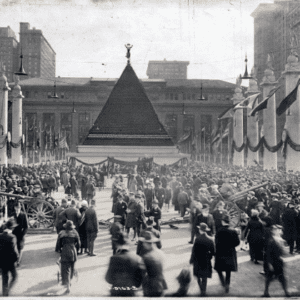 Believe it or not, at one time there was a pyramid constructed at Grand Central Terminal in New York City.  The pyramid was constructed of helmets from thousands of captured German soldiers as a victory display that seems in poor taste today.

2. The German Pyramid of Death

Pyramids are traditional burial sites, and tradition seems to be holding strong with the 2007 proposed German death pyramid designed to house up to forty million corpses. To make it more cheerful, the pyramid would be multicolored and you can sign up for your own space for only $1,000. The design group was given an astounding $115,000 from the German government to get started but the project seems to be hitting some road blocks.

1. The Pyramids of Mars 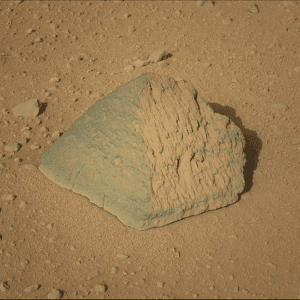 Pyramids are not only found on Earth, but a small football sized pyramid has also been found on Mars. This pyramid was likely created by wind erosion, according to NASA scientists, but ancient alien theorists have jumped on this new piece of “evidence” of humans being taught and sculpted by mysterious aliens.

Pyramids in every culture are an architectural feat still today. Pyramids will likely forever be studied with equally parts curiousity and awe.

GizmoCrazed - December 19, 2018 0
Physicists are remarkably frank: they don’t know what dark matter is made of. “We’re all scratching our heads,” says physicist Reina Maruyama of Yale University. “The...

Meet the quantum blockchain that works like a time machine

Leica releases the CL Street Kit for all of your decisive...