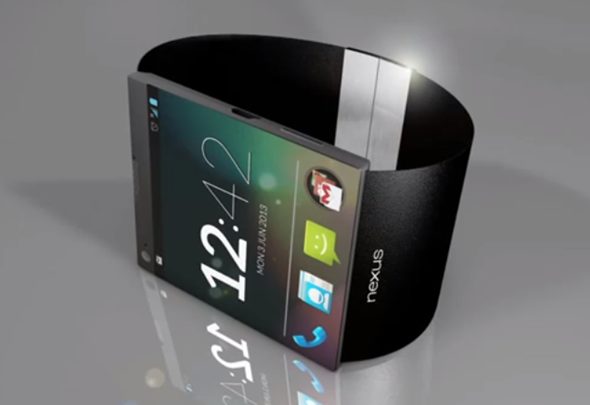 Smartwatches are not something new in the tech world. In fact, instead of a smartphone tech enthusiasts first thought of a watch that could function like a mobile phone. However, since mobile industry saw considerably fast growth, cellular phones became a necessity and their evolution to become smarter was inevitable. So today, manufacturers are focused on building smartphones with high specs and starting to produce smartwatches to complement their functions.

T3 recently posted a video showing what Google Smartwatch might look like when realized. The concept points to Android as the native operating system. Aside from telling the wearer the time, it offers more conveniences than other typical watches in the market today. For instance, it would work side-by-side a wearer’s smartphone.

With it, users would be able to sync all their contacts, messages and calendars automatically so as not to pull the smartphone out of their pocket to make calls/text or knowing what time the appointment would be.

It also comes with a proximity sensor that would tell the user if a smartphone is out of range. Just a like a typical watch, it needs to be strapped onto the wrist. And since it runs on Android, it could be possible that an update would be available from time to time. However, it goes without saying whether it will have touchscreen and a menu of its own that can be accessed the same way a person uses his/her smartphone.

For now, the specs are not available and Google hasn’t officially confirmed whether it’s already in the works. But reports tell us the next big battle between Android and iOS would be in the smartwatch arena.

First North Carolina Got a Hurricane. Then a Pig Poop Flood....