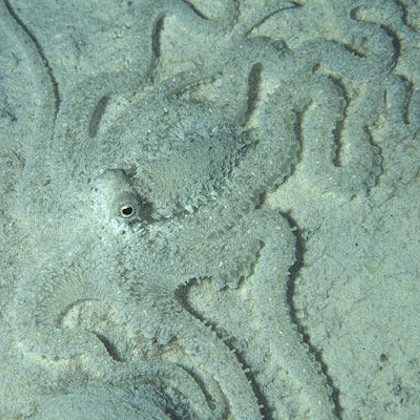 Camouflage is one of those evolutionary adaptations that astound and inspire us every day. How animals are able to blend and match their surroundings so perfectly continues to baffle and amaze us – and these ten specimens are no exception! 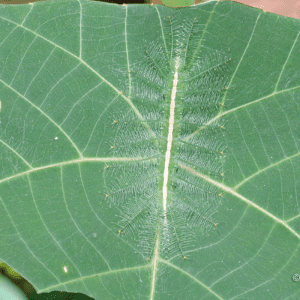 Native to India and Southeast Asia, the Baron Caterpillar uses spikes and color to avoid detection from predators to make it through adolescence. When they hatch they are only 4mm long with small spike, but grow up to 45 mm with elongated spikes at their 4th and 5th growth stage. 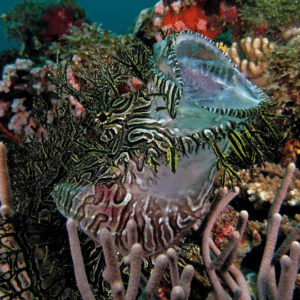 Never heard of this fish before? That might be because you know it by Lacy Scorpionfish, Weedy Scorpionfish, Merlot Scorpionfish, Lacy Stingfish, Lacy Firefish, Lacy Goblinfish or Lacy Rockfish. That’s a lot of lace! Probably this fish uses frills, tentacles, and flaps to mimic plant life and blend in with coral reefs. These predators may not be fast, but they are well hidden and are patient enough to remain still for hours until their prey comes close enough to be inhaled into its giant mouth. 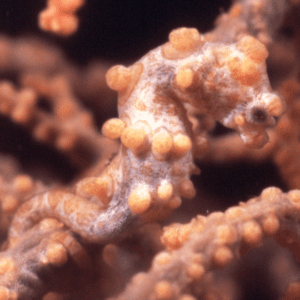 This tiny elaborately camouflaged sea life is so talented at hiding that it was only recently discovered in 1969! Not to mention they are still incredibly difficult to find, with only six more being found since then. Typically found off the coasts of Australia, Indonesia, Japan, New Caledonia, Indonesia & Papua New Guinea, they are found at about 33-130 feet deep and measure in at about 27 mm. 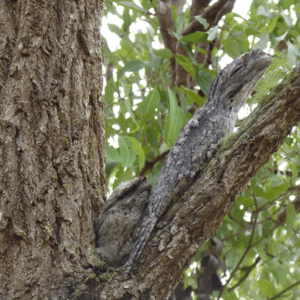 Ok, stop looking for a frog, because the Tawny Frogmouth is actually a native Australian owl. This owl’s camouflage is meant for protection rather than hunting. As you might have guessed, this owl hunts at night, but sleeps during the day, making it vulnerable to daytime predators. To evade predators the Tawny Frogmouth sits still, closes its eyes, stretches its neck and compacts its feathers – this makes them look like a broken tree branch.

Another Australia native, the Leafy Sea Dragon is approximately 13.8 inches and have thin, elegant bodies with appendages that closely resemble leaves to allow them to blend in with water plant life. While similar in structure, the sea dragon is closely related, but is not a sea horse and is not to be confused with the Weedy Sea Dragon, a close cousin.