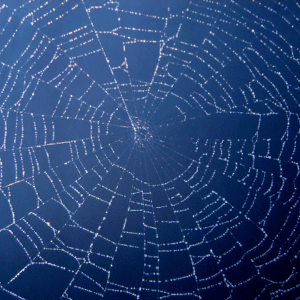 Orb web spiders create perfect, or almost perfect, circular webs. There are approximately 5,000 breeds of orb web spiders and some scientists guess that these webs are built for strength. These circular webs have almost equidistant radial supports that shoot out from the center with a spiral weave to capture prey. 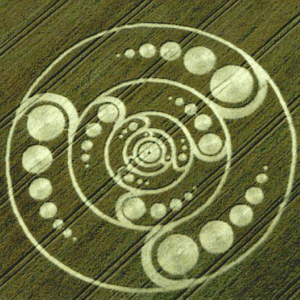 Crop circles are not really “naturally” occurring, however it is pretty amazing the symmetry that humans can achieve. Many have believed crop circles to be a product of alien visits, but humans have come forward to take credit for crop circles. Crop circles display varying forms of symmetry including fractals and Fibonacci spirals. 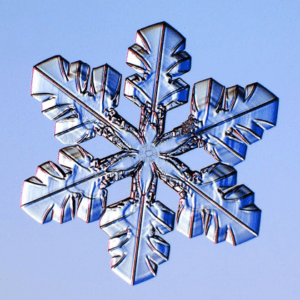 While you may need a microscope to fully witness the beautiful radial symmetry featured in these miniature six-sided crystals. This symmetry is formed in the crystallization process in the water molecules that form the snowflake. When water molecules freeze to a solid state they create hydrogen bonds that form the hexagonal shape you see in snowflakes. With varying atmospheric conditions you also create the interesting phenomena of completely unique snowflakes. 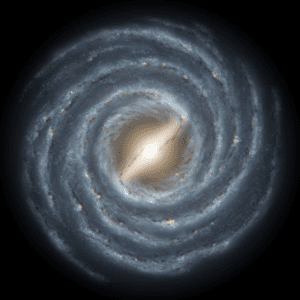 Earth is not the only place that adhere to a natural law of symmetry and mathematics. The Milky Way Galaxy is an astounding example of mirror symmetry and is made up of two major arms known as the Perseus and the Scutum-Centaurus. These arms each have a logarithmic spiral similar to the nautilus shell and Fibonacci sequence that begins at the center of the galaxy and expands. 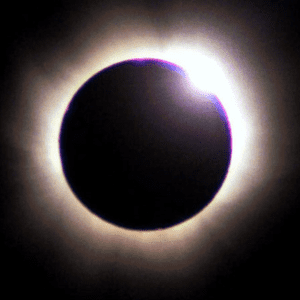 While it is obvious that the sun is much larger than the moon, in fact four hundred times larger, the phenomena of a solar eclipse where the moon block’s the sun light still occurs approximately five times every five years. The symmetry occurs because the sun is similarly close to four hundred times further from the Earth than the moon. This is considered a rare symmetry phenomena that occurs between Earth and its moon.

Symmetry is not only revered by the Greeks but by Nature herself as well. Mathematical and logarithmic perfection creates beauty all around us and within us.

GizmoCrazed - January 3, 2019 0
NASA just released the best images yet of Ultima Thule, the most distant world ever visited by a spacecraft. You'll want to grab your...