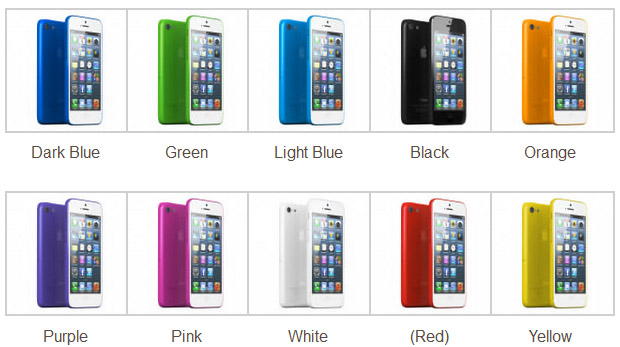 Apple has been rumored to release a budget-friendly iPhone, which targets not only the US market but also the emerging markets around the globe. The idea has grown considerably over the past few months that has caused too much excitement in every community. The problem is, Apple has neither confirmed nor denied the existence of a cheap iPhone.

Another rumor in relation to the cheap iPhone has just started; it will be released in various colors. This implies that Apple will be drifting from its iPhone tradition and make things a little colorful for its flagship aside from offering it in either shades of white or black.

Of course, there is a group of people who believe this is not going to happen considering iPhone has always been successful with its current colors. But for one, we’re not really talking about the typical iPhone here, but the possible budget-friendly version.

While unconfirmed, there is a possibility that the cheap iPhone will indeed be offered in various colors as Apple already started making colorful iPod Touches.

Since the start of this year, we’ve seen a lot of iPhone 5S, iPhone 6 and cheap iPhone concepts. But Apple, despite all the buzz built around these rumors, kept its mouth shut; there was never one clue to confirm the appearance, design or colors of upcoming models. So these things would remain a rumor until Apple confirms them.

GizmoCrazed - November 14, 2010 0
Japanese have been creating realistic robots for years, and now one robot was deemed emotive enough to have a stint on stage. Hiroshi Ishiguro's Gemenoid-F...