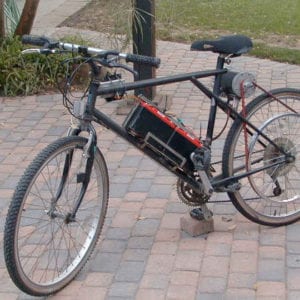 Wait – what? Yes, you read right – electric bicycles. The National Electric Drag Racing Association has debated electric bicycle conversions. With conversion kits promising 20 to 30-plus mph and DIY-ers claiming to have passed 50 mph, NEDRA has decided not to give them a category and that they probably aren’t safe. 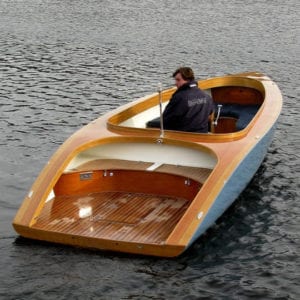 Inititial electric boats were Frankensteins of their genre, weighed down with batteries and only reaching speeds between 9 and 12 mph. However, with more experiments racers found that enough air could be trapped under a hydroplane to lift a battery pack off the surface. Placing batteries underneath instead of on top soon had electric boats reaching speeds of over 50 mph, and today more than 98.8 mph. 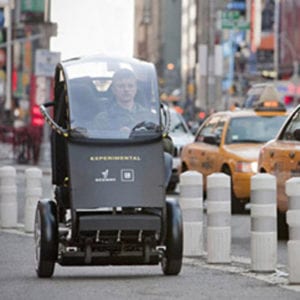 Think Segways, the two wheeled self-balancing vehicles debuted 10 years ago. Cousins to e-bikes, people movers are considered the nerdy side of electric vehicles. However, today collaboration project PUMA from Segway and GM, or the Personal Urban Mobility and Accessibility. This project is still in the prototype phase and looks like a two-wheeled buggy designed to go up to 35 mph. 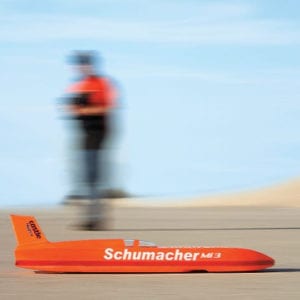 Using a 12 volt battery pack, a high-frequency receiver, and all-wheel drive, Nic Case’s custom hand-built remote-controlled car has held the Guinness World record since 2008. The 1:10 scare car was able to reach top speeds of 161.76 mph on the dragway. 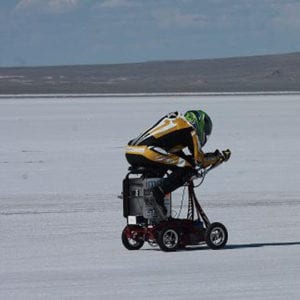 This may seem odd, but motorized bar stools have been used as pit vehicles for a while. However, motorized bar stools are required to be powered by electricity instead of gasoline for safety reasons. Still, in 2008 Karen Mohr and colleagues at the medical device engineering company IMDS created a var stool racer. Mohr got the unexpected honor of driving the racer. Setting the record in 2009 at 53.557 mph and again in 2010 at 54.062 mph.

From racing motorcycles to racing barstools, electric motors are becoming popular for moving us from point A to B, and fast!

GizmoCrazed - February 16, 2012 1
The last release of Google's sensational Android OS named the Ice Cream Sandwich did not receive such a warm hearted welcome as its predecessors did....

How Much Energy Can You Store in a Stack of Cement...