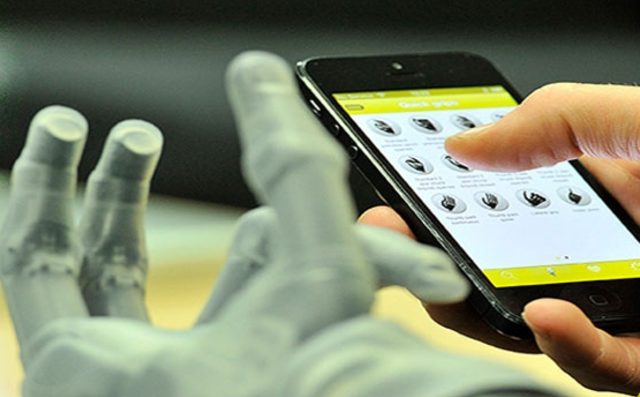 The technology for artificial limbs has evolved considerably ever since they were made available for amputees many years ago. Today, in line with the evolution of mobile devices, prosthetics not only look like real limbs they could also be controlled using apps. The I-Limb Ultra Revolution is the pioneering bionic prosthetic technology that uses an iOS based application to “program” artificial limbs to behave the way users want them.

The first bionic hand receiver was Jason Koger, who lost both of his hands in 2008 after having in contact with a down power line. He was using typical prosthetic hands before but opted to receive a new set powered by the latest technology. In his interview with CNN’s Sanjay Gupta, he said that his life as an amputee has never been better ever since he received his new artificial hands. He could do a lot of things that he couldn’t with typical prosthetics.

According to him, what made him so happy with his new hands is the fact that he can now hold his daughter’s hand. He demoed quite a few capabilities of the new prosthetics including having to pick up a pen. These actions couldn’t be done by a typical prosthetic but the newer and more advanced one could be programmed to do even the delicate actions because each of the finger is driven by a separate motor.  And since Koger’s pair is built to be partially controlled by an iOS app, the skin was made so that it could execute commands on capacitive touchscreens.

Depending on a user’s needs, the new prosthetics can be made to perform one of 24 grip patterns at a time. These patterns were pre-set and users can make their own custom pattern that would fit their needs.

These ‘microbe-grown’ headphones could be the future of sustainable electronics

GizmoCrazed - May 27, 2019 0
The culture of planned obsolescence in electronics produces a huge amount of toxic waste unlikely to go anywhere but a landfill for the next...

Midwest Tornadoes: Why It’s So Hard to Predict Where a Twister...

A Hoverboard that Actually Hovers