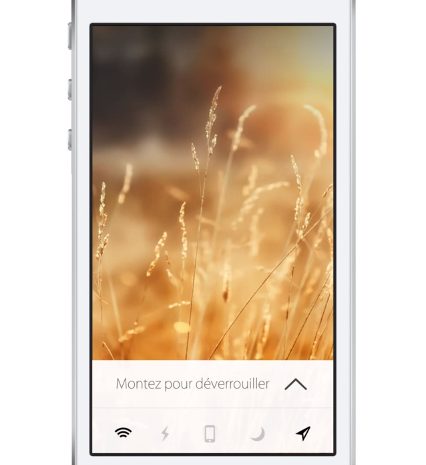 Apple’s iOS is in serious need of redesign and many would agree with that. While the company hasn’t missed to include new features every time a new version is rolled out, there have never been any changes done to the overall design and interface of the system. Even users with an affinity to Apple and its devices would agree that the current look of the OS is somewhat “boring” especially for people who have been using iPhone, iPad or iPod for several years already.

Ever since Tim Cook has taken over the CEO position at the company, there have been some radical changes inside the company itself as well as to its popular products. With Sir Jony Ive still supervising the designs of all Apple products, there is actually a fresh optimism that next version of iOS would sport a rather fresh look.

One of the iOS 7 concepts that might actually become a better alternative to the classic look of iOS is the one from Mohamed Kerroudj, although it appears like it has some influences from Microsoft’s Windows Phone OS. The short video shows the lock screen would get a total face-lift with minimalist, simplistic and light-colored design. The same goes for native apps.

The concept does look really inspiring. However, there is greater chance iOS 7 wouldn’t look like it. If there is one thing Cook wouldn’t change, that would be Jobs’ tradition of not revealing any information about its product prior to the official launching.

GizmoCrazed - November 10, 2011 2
Activision's latest instalment of the Call of Duty franchise has just hit the shelves and reports are suggesting that it has already broken first...

How Much Data Is Generated Every Minute? [INFOGRAPHIC]

20 Things You Didn't Know About … Yoga

German City Uses Hydrophobic Paint To Pee Back On Urinators