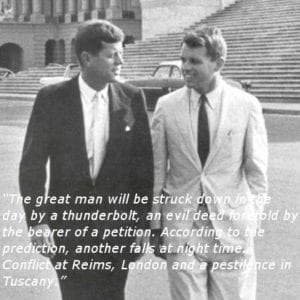 This prediction can be interpreted to describe the assassinations of John F. Kennedy and Bobby Kennedy, but there are too many details. What was going on at Reims, London, and Tuscany? 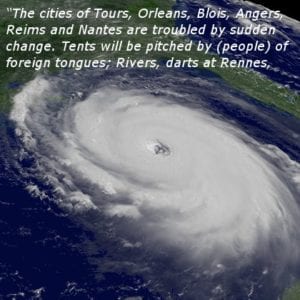 This might be a bit of a stretch. While “troubled by sudden change” and “shaking of land and sea” seem to describe the events of Katrina well, this prediction names too many French cities to believe it is truly referring to New Orleans. 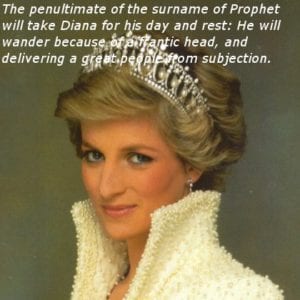 There are some things that Nostradamus followers LOVE about this prophecy. However, their biggest point of proof is that it names Diana specifically. Too bad Diana could also refers to a Greek goddess… 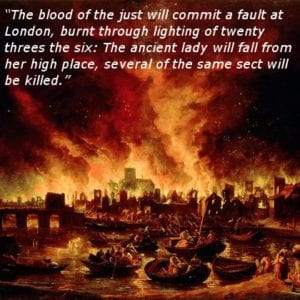 The Great London Fire of 1666 destroyed all of medieval London, “the ancient lady,” inside the old Roman walls. Also, only six people were recorded as dead, and the fire started in a baker’s shop and burned for three days straight (Burnt through lighting of twenty threes the six.) 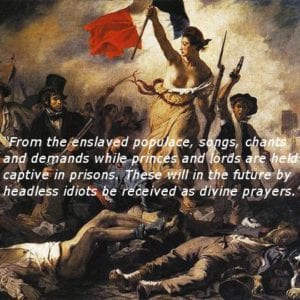 Revolt of the peasants, imprisoned monarchy, beheadings…? This prediction seems to have it all! Of course, it could be cheating. Nostradamus probably saw the warning signs in French society already in the 16th-century.

Whether you truly believe Nostradamus accurately predicted all of these events or not you have to admit there are some creepy similarities and some suspicious generalities that should be examined and considered first.

An Atlas of Our Cells

GizmoCrazed - March 4, 2019 0
Hundreds of researchers team up to map the human body's trillions of cells, and how they all get along. When Robert Hooke peered through a...

eARTh: A portrait of our planet painted with photons

Viruses: What They are, How They Spread, and How We Fight...