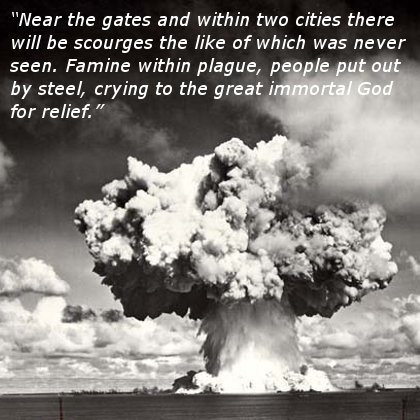 Michel de Nostredame, more well known as Nostrdamus, was a French seer during the 16th– century best known for his “prophecies using astrology and various “occult” sciences. Here are a few favorites! 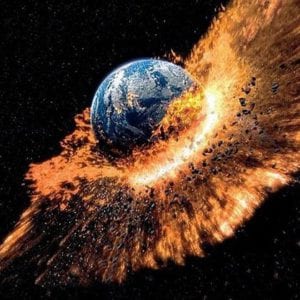 This prediction seems to be popular – the Bible, the Mayans, most of Facebook throughout 2012. Nostradamus’s prediction is one of the most widely quoted, and accepted, predictions of the world ending. But no specific date was given, and Nostradamus wrote his predictions expire in 3797 so he’s running out of time (not really). 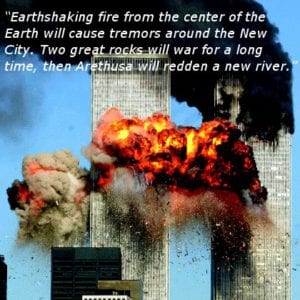 It is impossible to know for sure if Nostradamus foresaw the tragedy on September 11, 2001, but his prediction sure sounds like an apt description. Still, this prediction calls for a lot of speculation. 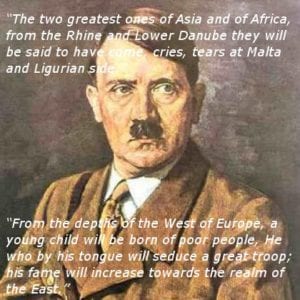 Hitler was a seductively manipulative dictator that came from poverty and worked to expand his “empire” ever east. However, it is likely this connection was made due to Nostradamus’s use of the Latin word “Hister” in the original text to describe the Danube, not Hitler. 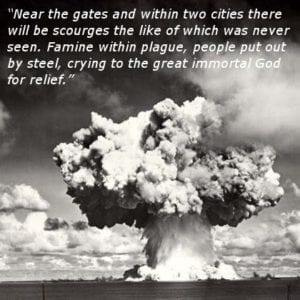 If the proof is in the details, Nostradamus was lacking quite a bit on this one. True this verse very aptly describes the atomic bombings, but it could also describe any other war where men, women, and children died horribly. 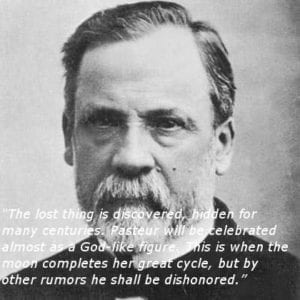 While many believe Nostradamus was predicting the scientist, Louis Pasteur, who engineered spoil-resistant milk and the vaccine for rabies, there could be a more general prediction. Louis’s surname is French for a pastoral vocation and he could simply be talking about a pastor or the church.