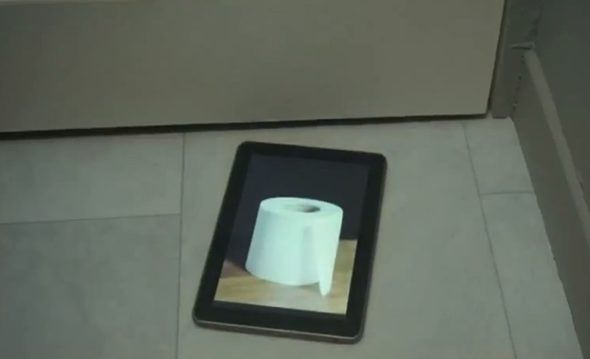 The digitalization and the advancement in technology are important in the modern world and many think the earth would soon run out of paper as people are beginning to neglect and forget its uses. A French ad, however, suggested that even when tablets become so successful and flood the market, the paper would still have a brighter future.

In the ad, a husband shows his wife there is a better way to take notes by using a tablet, which many believe was an Apple iPad, although it wasn’t. Clearly, the typical notebook-pen tandem has no match with a tablet’s touch keyboard and interactive note-taking tools.

Post its, which are often stuck on a fridge, can be replaced easily with sticky notes in a tablet minus the fear of losing any information. Traditional Sudoku games can be replaced with electronic ones, which can be reset, reviewed and replayed.

Another leisure a tablet offers more comfortably than paper is reading irrespective whether it’s a book or news article. Pages on tablets can be flipped with a single touch, whereas traditional books and newspapers need space and more effort to read.

The highlight of the ad was the toilet. The husband called on his wife to ask for a roll of toilet paper. She slid the tablet with a picture of a toilet paper.

It wasn’t clear whether it was simply his wife’s joke or she has been converted to using tablets. But the point is, even geekest of geeks will still need paper especially when they’re in a toilet.

The ad was about a French brand of toilet paper Le Trefle; see for yourself so you can appreciate the humor better.

Another point is there would always be people to prefer reading print media rather than electronic prints. It is always good to sit on a lawn with a paper on one hand and a cup of coffee on the other.