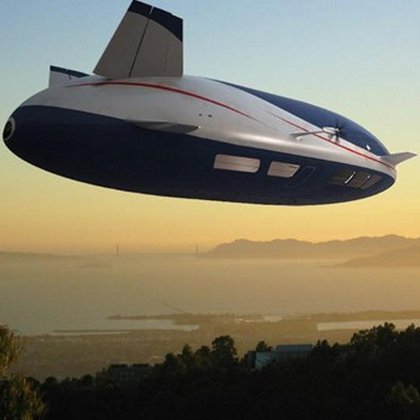 Man has always been a natural innovator looking to the future to push boundaries and out-do their predecessors. These 10 futuristic concept hotels are no exception to that rule. Gathering inspiration from, one can only assume, science fiction novels and movies – will these hotels be the five stars of the future? 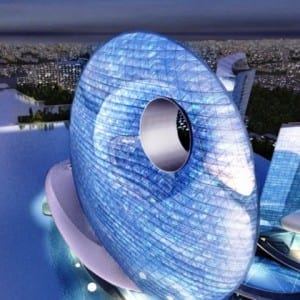 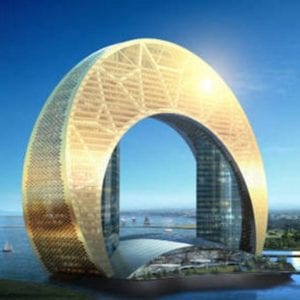 These two hotels, designed to be counterpoints to one another, are planned to be constructed in the Azerbaijani capital of Baku. These hotels, while claimed to be inspired by the moon, look more like the Death Star from Star Wars than ultra-chic and modern hotels. These hotels are meant to sit in Full Moon Bay, will be joined by three tall residential buildings and a fourth, 43 floor office building. 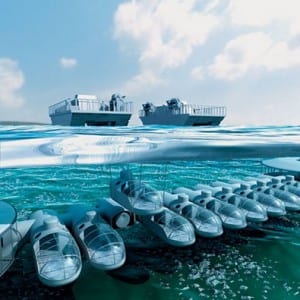 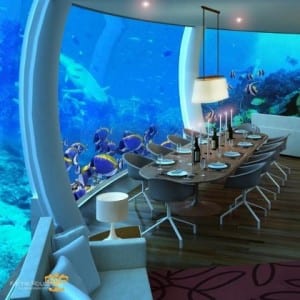 Bruce Jones, a ground-breaking submarine designer for the rich and famous, has directed his skills toward the lucrative hotel industry on an island in Fiji. The design will be surrounded by 5,000 acres of lagoon and includes 550 square feet luxury underwater suites. Need more incentive? The resorts website states that, ‘the first 100 guest will have their names permanently inscribed on two monuments one on the island, and one on the floor of the lagoon.’ 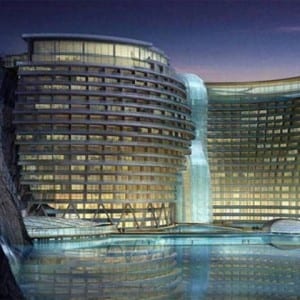 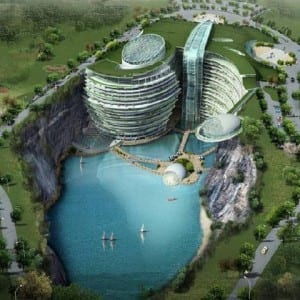 Designed around the Songjiang, China lagoon-like quarry the 400-bed resort and hotel is shaped within the lagoon’s natural elements, with distinctive subterranean public areas and guest rooms. Designed by the Atkin’s Architecture Group, the group and design won last year’s first prize award in an international design competition. 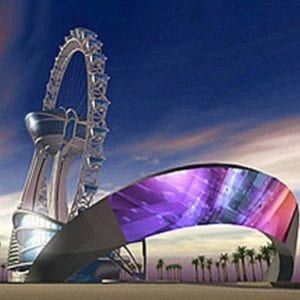 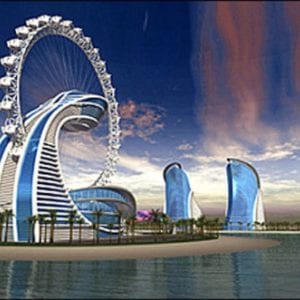 Also known as the Voyager V1, there is very little known about this hotel other than it is a hotel of the future in the shape of a ferris wheel. Indications lead us to believe the hotel will be located in Abu Dhabi and is currently based on preliminary architectural renderings. 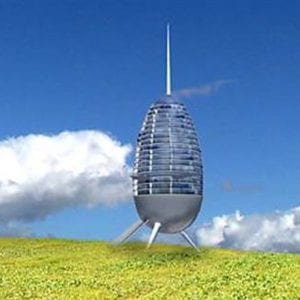 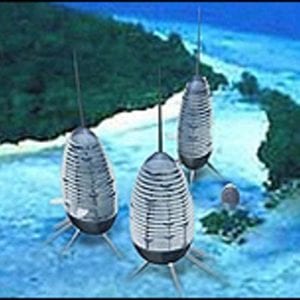 This concept hotel first imagined by Thomson Holidays in a report he released, “2024: A Holiday Odyssey.” The idea of these pod hotels is that they will be foldable pods built on stilts that offer all of the luxurious amenities of a traditional hotel. Most interestingly, guests could design their own rooms by projecting their favorite images on the walls. These pods could be transported to any location in the event of a tourism shift or terrorist attack.