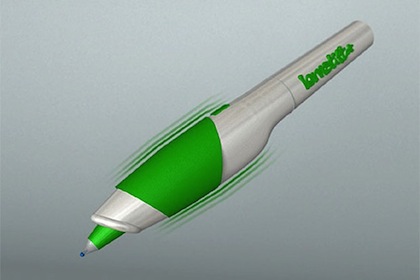 So called “Smart Pens” have been a hot item for a couple of years now. People seem to like the idea of a pen helping them technologically instead of being just a writing tool. The latest smart pen, designed by Lernstift, vibrates when the writer makes a mistake such as spelling or letter formation.

This pen, currently in beta testing, is designed to recognize writing movements – aimed at youngsters learning to write, but could also potentially be used for adults. Since the pen cuts down on mistakes and corrects when a letter is being formed oddly without a time delay, it could significantly ease the pain of learning to write.

It is a wonder that smart pens are still a thing since not many people write anymore. Even students are tending to take more and more notes electronically with computers or tablets. Since the pen is not aimed at college aged students, however, the pen could see use in lower education like kindergarten. The question is, will we always teach handwriting to kids? When will that skill go by the wayside? Until then we will see pens trying to bridge the gap between handwriting and technology.

The designers, Falk and Mandy Wolsky, plan on launching a crowd funding campaign later this month to get funds to manufacture the device.  They have plans to introduce computer connectivity, an API for apps, and more in the future.

Will you buy this for your kids if it comes out? Do smart pens interest you? Let us know in comments.

What Happens When a Jury Grapples With Perplexing Science

GizmoCrazed - March 28, 2019 0
Barbara Schmidt keeps a box of newspaper clippings under her bed. It’s a cheap plastic container with a light-blue lid. She rarely opens it....

How To Make Your Own Fake Virus