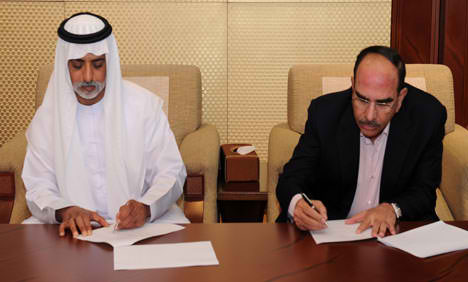 Decisions have been made, investors already agreed and contracts have been signed that the world’s tallest building would soon rise in Karachi, Pakistan. A total of 45 billion dollars worth of investments would soon enter Pakistan’s border. The funding will be used for various construction projects including the building of the tallest skyscraper the world could ever see.

Malik Riaz Hussain, consultant of Bahria Town, signed a contract with His Highness Sheikh Nahyan bin Mubarak Al Nahyan, chairman of the Union National Bank, Abu-Dhabi group and United Bank Limited. Together with the agreement was the laying out of initial plans of projects that would soon help boost Pakistan’s economy.

A total of 10 billion dollars will be used for the development in Islamabad and Lahore while the remaining 35 billion dollars will be invested in Sindh. Not only the investment helps the country’s economy, it will also give approximately 2.5 million people jobs, although majority would be construction works. Nevertheless, it could sustain locals for years and would make the country ready for the global trading.

Industries like bricks, cement, steel, iron and glass are expected to benefit from the projects. The focus is to rebuild the country and provide all necessary social requirements in each community.

His Highness Sheikh Nahyan bin Mubarak Al Nahyan expressed his trust in the firm being represented by Malik Riaz. He said that Bahria Town will become the image of modern and credible Pakistan. It will become the new hope of the newer generations.

This isn’t the first time the Abu-Dhabi group invested in the country. In fact, the group has always been successful doing its business there considering Bank Alfalah, Wateen Telecom and Warid Telecom remained operational in the country. The new project not only promises to rebuild Pakistan, it also seeks to bring electricity using seawater.

The agreement is still in its early stage and for now, there is no specific date when constructions will begin. But considering Pakistan’s need for economy boosters, analysts believe the agreement will be ironed out this year and may commence in 2014.