Top 10 Most Expensive Homes In The World 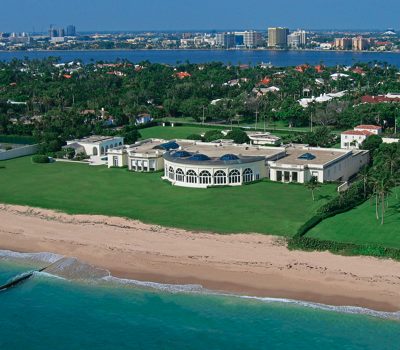 Living big comes at, of course, a price tag that’s just as big. For most of us, owning a huge mansion or your own estate is, unfortunately, only possible in dreams but for the owners or former owners of the following 10 houses, which also happen to be some of the most expensive ones there are in the world of real estate, what is seen as wishful-thinking for us is in fact reality for them.

Once owned by Donald Trump and ex-wife Elena Rybolovlev, this single family home, with its 18 bedrooms and 22 bathrooms, is one of the most expensive ones in the country. After the divorce, it was originally put up for sale for a whopping $125 million but it got haggled down to a mere – “mere” for the much-more-than-average earning of us all of course – $95 million.

The next on the list may be currently valued at $100 million but the Silicon Valley Mansion, also known as Palo Alto Loire Chateau, was once estimated to be worth a little more than half of its current value: $50.27 million to be exact. For reasons unknown to many, the estate’s current owner, tech billionaire, Yuri Milner, actually forked out about a 100% more than what the estate, with it’s 25, 545 square foot of living space, is actually worth.

The Fleur de Lys has been on the market since 2007 and its price tag of $125 million has not dropped a single cent since then – we have to give it up to owner Suzanne Saperstein for her patience and tough negotiating skills. But for anyone keen, this European-style is sized at a ginormous 35,000 square foot of living space that includes 12 bedrooms, 15 bathrooms and a 50-seat theater (not a home theater but an actual one!). 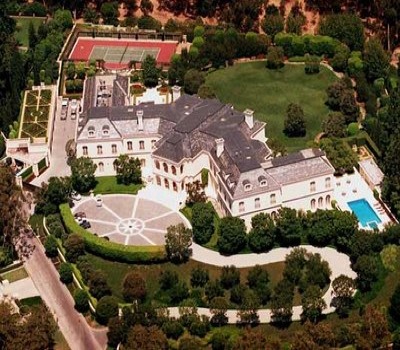 Situated in one of Los Angeles’ posh neighborhoods, Holmby Hills, the 15,700 square foot Manor was called home by entertainment royalty Candy Spelling and her late husband, Aaron Spelling. Now up for sale at the above mentioned price of $150 million, the luxurious estate houses more than a hundred rooms.

Owned by Edra and Tim Blixseth – the same Blixseths who own the very exclusive Yellowstone Club – the Pinnacle is both a home as well as a ski lodge featuring 10 bedrooms and – get this – heated floors; even those in the driveway.