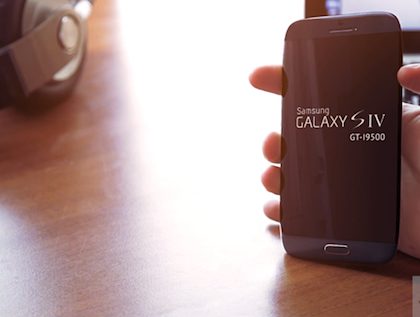 The Galaxy S III is one of the most popular phones ever released. It seems Samsung has found a line of Android smartphones that customers love as much, if not more, than the iPhone. The next version of the Galaxy S series, the Galaxy S IV presumably, is expected to come out in April. We are beginning to get some idea of what the phone will look like and what features it will have.

If you believe the rumors, the device will launch with a larger 5 inch screen (the Galaxy S III has a 4.8 inch display), a quad core processor, Android 4.2, and a 13 megapixel camera.

The video below is highly optimistic on the features that Samsung might include in the next Galaxy device. It shows a laser keyboard, and an incredibly thin design. The thinner design is very likely since Samsung likes to boast about the thinnest smartphone on the market. The keyboard on the other hand is unlikely due to cost.

The next Galaxy S device is likely to set more records as Samsung is experiencing an upswing in business even as Apple is seeing its stock and marketshare drop because of Android’s amazing success. No matter what the features are, people will be very excited for the launch of the Galaxy S IV. Rumors place the device being announced at February’s Mobile World Congress or shortly thereafter. This would be much earlier than the Galaxy S III was announced last year, so it wouldn’t be surprising to see the date pushed back.

Are you excited about the Galaxy S IV? What do you want to see in it? Let us know in comments.