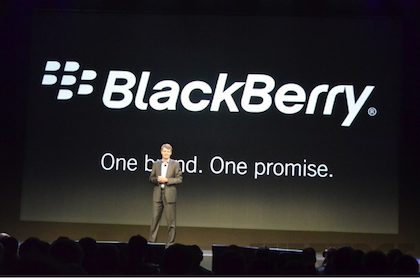 Research in Motion has been around for ages. They started out making pagers of all things, and introduced smartphones in the early 2000s. Their products have had the BlackBerry logo, and that is what people know them for. Most people probably don’t even know that RIM is the company behind the BlackBerry.

Now RIM has decided to get rid of the RIM name and just call itself BlackBerry. The company was in need of a new identity, so it is interesting that they are sticking with an old name, but at least they are trying to reinvent themselves.

“We have reinvented the company, and we want to represent this in our brand,” CEO Thorsten Heins said in a statement. RIM is changing its stock symbols to reflect the change: it will be listed under BBRY on NASDAQ, and BB on TSX.

So Research in Motion is no more. Now we just have BlackBerry. Will the new image and new name help Blackberry out as a company? Let us know in the comments!