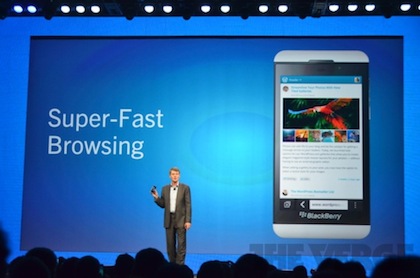 BlackBerry (formerly known as RIM), has been struggling as of late. BlackBerry 10, their new operating system has been pushed back several times,  and their sales have been slipping due to the popularity of Google’s Android and Apple’s iOS platforms. Today, amongst other things, BlackBerry announced the Z10, their new flagship device running BlackBerry OS 10. 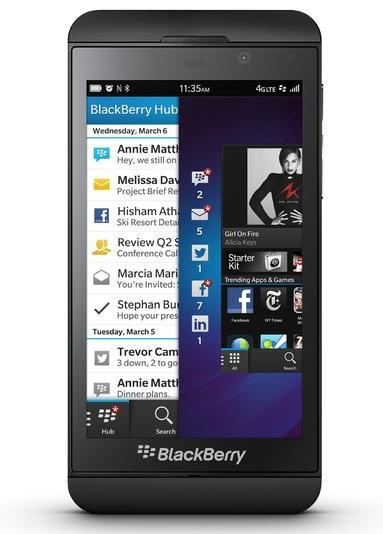 Except for the size and the lack of a physical homebutton on the front, the device looks a lot like the iPhone 5 – with sharp design, nice corners and good build quality.

Now that RIM is no longer and BlackBerry is here to stay, it will be interesting to see if their new devices can get them their momentum back. The Z10, from first impressions is a good start, if the software is good and there are apps to support it.

BlackBerry Z10 will be available in the U.S. for $599 (Unlocked) or $199 with contract on all four major carriers in mid-march, Canada for $149.99 on a 3-year contract on February 5th, and in United Arab Emirates on February 10th.