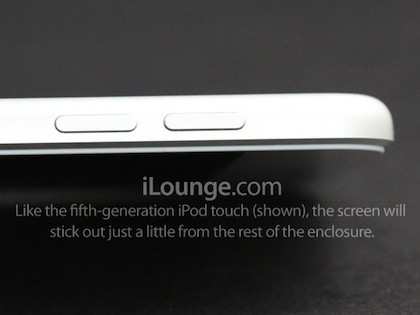 Rumors of a cheaper or smaller iPhone have gone around the Internet like bees around a flower over the last few months. It looks, however, like Apple could finally be getting to release a cheaper iPhone. There are rumors that this device could be launched as soon as June and would be available in emerging markets.

The cheaper version of the iPhone would have a 4 inch display with the same 1136 x 640 screen resolution, a front facing camera, and the iPhone’s traditional home button. According to sources, the device will be slightly bigger and thicker than the iPhone 5.

The design is said to resemble the, iPhone 5, iPod classic with the iPod Touch’s materials. The shape is similar on the front to an iPhone 5, but resembles an iPhone 3G/3GS in terms of buttons and curves. The volume buttons are long and pencil thin instead of circles on the iPhone 4/4s/5. The cheaper iPhone will be made, unsurprisingly, mostly out of plastic, though Apple is expected to keep the Gorilla glass for the display.

As with anything, there are still questions remaining to be answered. What will the internals be? How cheap is cheap? and so on.

The cheaper iPhone has been rumored for a long time. With Apple’s entrance into markets like China, it is important for the company to have a cheaper device. It is also prudent because the Android market is flooded with cheaper, plastic made devices that any manufacturer can push out onto the market.

Are you interested in a cheaper iPhone? Tell us why in the comments below!