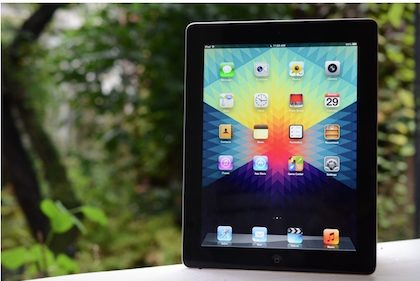 Rumors were afloat yesterday that Apple was planning on releasing an iPad with 128GB of storage. With abnormal quickness that rumor has been confirmed. Apple has announced that starting February 5th customers will be able to buy a 128GB 4th gen iPad for $799 for the WiFI version or $929 for the WiFi + LTE version.

Apple has been rumored for years to start introducing larger memory options for all of its products. Flash memory has been fairly cheap for years now, so it is a surprise that it has taken this long for them to come out with devices with more storage. The iPod Classic is still the only Apple mobile device that has a ton of offline storage.

Users are starting to treat the iPad as an actual PC, creating files that are much larger than they used to be. The popularity with musicians, designers and artists makes it unsurprising that Apple has brought an iPad out with more storage. Therefore, it will be interesting to see if they bring this new amount of storage to their smaller products, namely the iPhone, iPad mini and iPod Touch.

It is unusual for Apple to bring another SKU of a product to market midway through the product life-cycle. Apple’s announcement of the 128GB iPad is definitely timed very interestingly, to say the least. It makes one wonder if we will still be seeing the traditional March event announcing new iPads. It wouldn’t be surprising if Apple does not upgrade the iPads that soon, since both the 4th gen and iPad mini came out in late 2012.

Tools to Save Money Without Being a Hermit