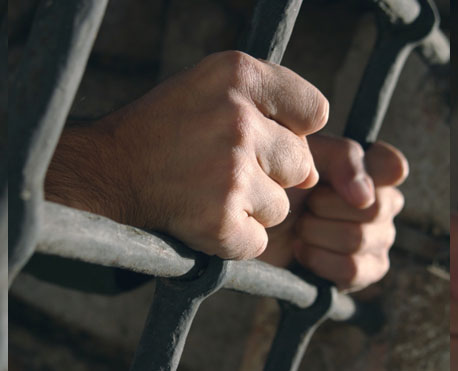 Breaking the law, committing crimes and running out of it can surely tag a criminal as smart. But not all criminals are smart. In fact, some criminals have done utterly stupids things to get themselves in trouble. Here are those 10 most stupid ways criminals got themselves caught.

10. Google Maps Having Seen The Crime

Google Maps is among the most desired apps on the web. It offers great details with its totally realistic street visuals. To capture these fantastic graphics, Google employees roam around with cameras to get a better picture of reality. While doing so, they photographed two teens while they were robbing a man of its bike which gave cops the exact location and time of the crime.

Robbing corner stores have been very common lately. Few years back in Colorado Springs, one robber walked into the store and demanded the cashier to get the cash out of the drawer and put them in his bag while pointing the gun. He also demanded the cashier to include the bottle of scotch found behind the counter. The cashier hesitated as he told the robber that he doesn’t believe he is of legal age to purchase alcohol. To prove the cashier that he is beyond 21, the robber pulled out his driver’s license and showed it to the cashier. He got the bottle of scotch, yes. He also got traced without effort by the police afterwards.

During winter the worst thing a criminal can do is to try and escape a crime scene by walking on the snow. The police have now special skills so as to trace the footprints of the criminals in the snow. So next time, the bad guys should pay more attention at their trails and try not to leave obvious marks which lead to their discovery.

Criminals that successfully got out of their crimes without a trace can’t stay free for long. One of the criminals, Wu Gang vanished after murdering a man in China leaving not even a single trace. Few years later, he joined Happy League, a famous dating show where he was recognized by one of the viewers and ended up being arrested instead of becoming a TV star.

6. Leaving a Box Of Pizza

Another stupid caught was due to a pizza box which was left behind by the criminals. This clumsiness together with their address which was written on the box, led the cops straight to their place. From this point, tracing the bad guys was as easy as a piece of cake or slice of pizza, in this case.

5.Vandalizing Own Name on the Wall

Vandalism is a crime. And nothing can be more stupid than writing your own name on the wall. One criminal did exactly that and got caught.

Several criminals have been caught and easily trailed after doing something stupid on Facebook. Some guys even posted photos using the exact stolen phone. This is one stupid way to get caught while you are still at the scene crime. Boasting can be really tricky and many criminals like to do it.

3. Getting caught due to WOW addiction

World of Warcraft is one addictive game. A WOW addict, Albert Hightower, continued to play his favorite game even after he left his country after committing crime. In this way the police traced and caught him with ease.

2. Leaving a Murder “To do List” on the crime scene

It may be smart to have a comprehensive “to do” list for having all things prepared when committing a crime. The stupid thing is to leave the list at the exact place of the crime and expect not to get caught. Joe Hunt wanted to murder Rob Levin in the best way possible so he composed this comprehensive strategy. Everything went according to plan. There were also planted items and evidences to mislead the cops and take them to another place. The only problem was that he forgot the perfect crime list at the scene of the crime, which helped the cops trace him without any major problems.

1. Having Tattooed a crime scene on the Chest

Criminals and tattoos go hand in hand and some of them are proud of it. Anthony Garcia made a stupid mistake when he decided to tattoo his crime on the chest. It was a real work of art, with no codes, but giving the right details. All the evidence police needed was on his chest. There were no interrogations because the scene was quite explicit.